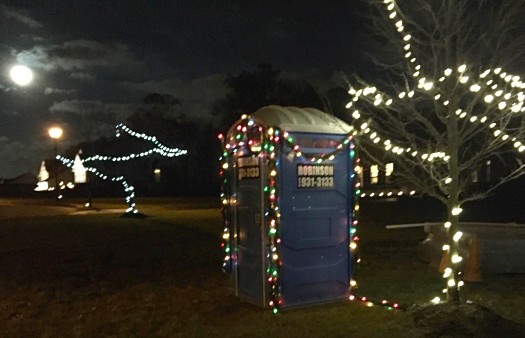 The Orange Grinch struck before Christmas with a cruel scheme that literally snatches food from the mouths of many of his adoring MAGA fans.

Weeks before Christmas the Trump Administration began implementation of new regulations for SNAP also known as food stamps. This is the federal program that provides food assistance to folks struggling at the lower ends of America's economic ladder from the disabled to the elderly to low wage working families that include members of the military.

These new regulations slated initially to slam over 700,000 across America will eventually engulf nearly 4-million persons. The initial round pounds single persons with new work requirements to receive limited food stamp assistance irrespective of their ability to physically hold a job and ignoring realities that in many places around the nation jobs are not readily available, especially for persons with low-skills or no-skills.

With a trillion dollars being a thousand billion dollars, just a small portion of Trump's tax cut for wealthy individuals (like Trump and many of his top officials) could fully fund SNAP assistance plus provide free meals in elementary and secondary schools around America that would end the repugnant practice of publicly 'shaming' students whose families owe as little as $10 in unpaid school meal fees.

One of the crueler ironies stashed inside the small print of the SNAP cuts are their impact on states that voted for Trump in the 2016 election.

Seven of the ten states with the largest number of SNAP recipients are states that voted for Trump in the 2016 election. That seven includes the so-called 'Rust Belt' states of Michigan, Ohio and Pennsylvania where small margins of victory by Trump helped secure his Electoral College victory despite his having lost the popular vote by three million.

Digging into the real-feel impact of the SNAP cuts, as an Urban Institute study did, reveals states that will suffer the most total loss under the new regulations are Pennsylvania and Michigan along with the Dakotas (North & South) and Montana again, all states that went red in the 2016 election.

Too many Make America Great Again (MAGA) supporters do not see that the SNAP cuts extend beyond 'those' unworthy persons of color. For example, the black populations of North Dakota and South Dakota are less than three percent and two percent respectively while less than one-half of one percent in Montana.

Reality: Trump's SNAP cuts will ravage a lot of white folks. Many MAGA fans might personally escape SNAP cut deprivations but their extended families, close friends and favored neighbors will not.

Trump, who made repeated 2016 campaign promises to preserve Social Security, floated a proposal in December that could snatch life-saving disability benefits from hundreds of thousands of people through imposition of new barriers for the Social Security Administration to determine eligibility for payments. This proposal, if implemented, would impact persons from children to the elderly.

Showing no sense of shame, the Orange Grinch (a/k/a Trump) continued with his patterns of prevarications during December campaign rallies in Pennsylvania and Michigan two of the states most burdened by the coming SNAP cuts. (As of mid-December, Trump recorded 15,413 false or misleading claims since entering the Oval Office according to on-going tabulations by the Washington Post newspaper.)

Related Topic(s): Trump; Trump Against Democracy; Trump Broken Promises; Trump Campaign Speech; Trump Nightmare; Trump Racism; Trump Rally; Trump Selfishness, Add Tags
Add to My Group(s)
Go To Commenting
The views expressed herein are the sole responsibility of the author and do not necessarily reflect those of this website or its editors.