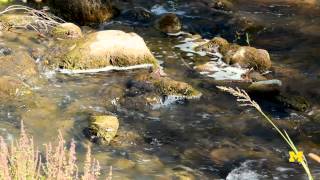 The Trump administration is rescinding Obama-era rules designed to increase the safety of fracking.

"We believe it imposes administrative burdens and compliance costs that are not justified," the Interior Department's Bureau of Land Management (BLM) wrote in a notice published Friday in the Federal Register.

The regulation, however, never took effect after a Wyoming federal judge struck it down last year.

"Western Energy Alliance appreciates that BLM under Interior Secretary Ryan Zinke understands this rule was duplicative and has rescinded it," Western Energy Alliance President Kathleen Sgamma said in a release. "States have an exemplary safety record regulating fracking, and that environmental protection will continue as before."

"The Trump administration is endangering public health and wildlife by allowing the fracking industry to run roughshod over public lands," Brett Hartl, government affairs director at the Center for Biological Diversity, said. "Fracking is a toxic business, and that's why states and countries have banned it. Trump's reckless decision to repeal these common-sense protections will have serious consequences."

Maryland, New York and Vermont have banned fracking. Ireland, France, Germany and Bulgaria have also banned the practice on land.

Here are some major findings of a 2016 study by Environment America Research & Policy Center on the impact of fracking on our environment:

Related Topic(s): Chemical; Contamination; Fracking; Health; Water, Add Tags
Add to My Group(s)
Go To Commenting
The views expressed herein are the sole responsibility of the author and do not necessarily reflect those of this website or its editors.