In a recent OpEdNews edition, I posted a widely read QuickLink to an article published in Black Agenda Report by its managing editor Bruce Dixon. Seeking to get Dixon's piece maximal attention, I titled my framing introduction to it "The Most Important Political Article in Ages." Despite the appearance of advertising puffery, I was not exaggerating. 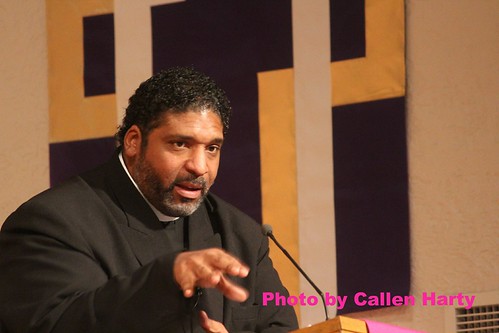 To grasp why I find Dixon's timely piece so hefty, readers must understand my constant political perspective--as an activist analyst intensely focused on strategy and organizing. Like Karl Marx in his Theses on Feuerbach , I'm inclined to say, "The philosophers have only interpreted the world, in various ways; the point is to change it." If the world we desperately wish to change is the hellhole of U.S. politics, nothing remotely rivals in importance the current attempt to revive Martin Luther King's Poor People's Campaign (PPC).

But as we support that campaign, nothing is more crucial than keeping it true to the spirit--and depth of underlying political analysis--of Dr. King. Rightly conducted, today's PPC could be (pun intended) just what the doctor ordered. This is why principled PPC critics like Dixon (who shares King's race and radical socialist leanings, if not his religion) deserve our close and serious attention.

PPC's Enormous Potential: To Lead Us from Our Political Desert

For a movement having, in King's day and now, roots in U.S. black churches, religious allusions and metaphors are of course highly appropriate. So in saying today's PPC could lead us out of our political desert, I am implying it could lead us into the Promised Land . Not, of course, that anyone acquainted with the nightmare of human history should expect the PPC to establish the millennium. But as a climate justice activist deeply influenced by Naomi Klein, I do think addressing humanity's climate emergency will require a level of rapid-fire moral maturation unprecedented in human history. Our stark choice is between maturation and climate catastrophe, perhaps even between maturation and climate Armageddon. As a broad movement crying out for moral maturation--across an interrelated spectrum of issues including climate--today's PPC is the closest approach anyone has made to a viable climate justice movement. It's also the first movement--unlike Democrats' pussy-hatted, Russophobic "McResistance" --offering a potentially deep response to the ghastly symptom of bipartisan disease known as Trump.

Provided, of course, today's PPC attacks the bipartisan disease. Since doubts on that score are what I find most compelling in Dixon's critique, I'll say much more on that soon. But first I must dispose of the points--few but crucial--where I disagree with Dixon.

Religion and Morality: Where Dixon Seems Off Base

Any close reader of Dixon's piece, and of my words so far, might have guessed (correctly) that my differences with him relate to religion and morality. Indeed, my previous section strongly hints that I'm comfortable with the PPC's religious origins and morality-based language in ways that Dixon is not. In fact, I find in the PPC's religious origins and moral language unique sources of effectiveness where Dixon sees only defects. But before elaborating on my two chief differences with Dixon, I wish to emphasize that they're far outweighed by debt we owe him for his gutsiness in criticizing the PPC. I imagine that for many supporters, today's PPC has already reached such iconic status that its critics must seem as perverse as detractors of Mom and apple pie would have seemed to characters in early 1960s sitcoms. Dixon honestly stuck his neck out for urgent public purposes, and even where his critiques seem mistaken, they're hardly shallow or ill-willed, but instead rooted in realities clear-sighted people must acknowledge.

Now, anyone reading Dixon's piece will instantly notice its snarky tone toward religion. As a frequent reader of Black Agenda Report (a black leftist publication, after all), I find this par for the course and hardly unjustified; how often, after all, has religion--especially U.S. Christianity--been used to buttress the powers that be? Or, in other words, to provide respectable support--even God's sanction--for a ruthless capitalist or militarist establishment or even Nazis ? Much more often, I'd venture, than it's been used for the vastly more Christian purpose of "comforting the afflicted and afflicting the comfortable." And that's above all true when the comfort and affliction were to be offered in this-worldly terms; religion's notorious postponement of any reckoning to the afterlife of course underlies Marx's famous jibe at religion as "the opiate of the masses."

For those who know Marx's context (see the link just provided), not even Marx is as purely hostile toward religion as he's typically portrayed. But given humanity's vastly improved capacity to alleviate human misery via science, technology, and democratic institutions--resources that didn't exist when religions like Christianity were founded--no religious voice should now be trusted that hasn't come to terms with Marx. Dixon's snarkiness is totally appropriate to shallow religion, whereas the religion behind the PPC, in its vigilance about universal human sinfulness, is capable of critiquing shallow establishment religion in terms as scathing as anything found on the Marxist left. A fact driven home for me by recent readings in The Radical King and some works by prominent Protestant theologian Reinhold Niebuhr, a significant influence on King . Given the scholar-activist backgrounds of Revs. William Barber and Liz Theoharis (Theoharis actually on the faculty of Union Theological Seminary, Niebuhr's long-time home), leadership of today's PPC seems in good, uncompromising hands.

And no one cognizant of the role churches played in the civil rights movement, as well as earlier social movements like abolitionism and woman's suffrage, should doubt their immense value as community bases for political organizing. This seems especially true in a society that increasingly isolates individuals, and where labor unions, formerly powerful resources for organizing, have been decimated by successful political attacks. Now embracing Unitarian Universalism, that least dogmatic of religious faiths, I personally can (from an organizing standpoint) only regret I hadn't been "churched" in my incarnations as an anti-fracking, and later Bernie or Bust, organizer. Belonging to a church gives one special access not only to members of one's own church, but to interfaith political organizing--a powerful weapon wielded by today's PPC.

To close (very willingly) my criticisms of Dixon, morality seems the area where he's most off base. To berate the PPC for its emphasis on political issues as moral ones is probably to attack its greatest strength--a strength quite evident in King. Dixon rather amazingly overlooks the crucial role moral appeals played in eliminating such societal horrors as slavery, dueling, public torture, family vendettas, child labor--and in the civil rights movement itself. What's more, he flies in the face of cognitive scientist George Lakoff's important advice to liberals and progressives: that we need to start articulating the moral foundations of our political positions with the same dedication that conservatives, through their well-funded foundations and think tanks, have.

But even in his biggest misstep, Dixon is neither shallow nor ill-willed; his mistake is intertwined with valid, important concerns. On the one hand, Dixon contrasts the PPC's insistence on morality with a class struggle analysis he (unsurprisingly for a leftist) rightly finds missing. In its efforts at broad-based coalition building, the PPC, which never hesitates to give moral criticism, is unduly chary of giving political criticism based on unjust imbalances of economic (and thereby, of political) power. A strange stance indeed for a movement seeking to eliminate poverty and racism--and a radical neglect of crucial insight from Niebuhr, who saw such unjust imbalances as brutal instances of collective immorality. Class and power balance issues are moral issues, and Niebuhr saw collective immorality as even more pernicious for societies than the individual kind.

Finally, even Dixon's off-kilter criticism of PPC's moral language veils an extremely valid related concern. When Dixon (mistakenly) says " labeling your political opponents, their leaders, their misguided values and their persons as 'immoral' is never a persuasive political tactic " (ignoring the numerous social evils defeated by precisely moral critiques), his words do suggest a totally legitimate concern about the targets of such critiques. The powerful are in a radically different position of responsibility from the powerless; almost needless to say, Trump supporters--generally victims of propaganda in a system that offers few valid choices (Clinton was hardly a good alternative)--bear considerably less moral responsibility than Trump and the staffers of his thuggish regime. In politics, we should always fire our moral weaponry at the powerful ; the powerless, rather like bystanders of armed conflict, should be left to infer the implications of associating closely with parties rightly under moral assault. Creating shame by proxy, without the resentment provoked by personal blame, is the needed moral tactic.

Democrats, Russiagate, and Third-Party Voices: What Dixon Gets Crucially Right