People must push Congress to address this injustice. 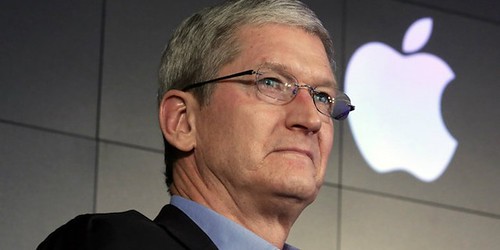 David Gelles, the New York Times reporter, likes to report about corporate plutocrats raking it in while stifling or endangering their workers. We've all seen those large advertisements by big companies praising the sacrifices of their brave workers during this COVID-19 pandemic. When workers ask for living wages, most of these bosses say "No" but take plenty of dough for themselves.

Gelles reports that Boeing, after its criminal negligence brought down two 737 MAX planes and killed 346 people, went into a corporate tailspin. The company laid off 30,000 workers and its sales and stocks plummeted as it reported a $12 billion loss. No matter, the new Boeing boss, David Calhoun, managed to pay himself about $10,500 an hour, 40 hours a week, plus benefits and perks.

"Executives are minting fortunes, while laid-off workers line up at food banks," writes Gelles. Carefully chosen Boards of Directors rubberstamp lavish compensation packages, as they haul in big money themselves for attending a few Board meetings.

It gets worse. Hilton Hotel had many rooms empty due to the COVID-19 pandemic. But CEO Chris Nassetta made sure his pockets weren't empty. He was paid $55.9 million in compensation in 2020 or more than a million dollars a week!

Gelles goes on to report that with "the cruise industry at a standstill," the Norwegian Cruise Line, "doubled the pay of Frank Del Rio, its chief executive, to $36.4 million." That is more than $700,000 per week. He must have worked overtime counting empty ships and red ink.

T-Mobile's merger with Sprint got government antitrust approval with the assurance that more jobs would be created with cost savings. Instead, they're starting layoffs while awarding CEO Mike Sievert over a million dollars a week. Sometimes, CEOs make more dollars from their company than the entire company itself makes in profits. Companies that lay off workers pay their top executives huge amounts, and still have the avarice to demand and get federal stimulus grants.

On March 22, the New York Times reported a new analysis by IRS researchers and academics about tax evasion by the richest 1% of U.S. households. Taken as a whole, these super-rich don't even report a fifth of their income, according to this study. The ultra-wealthy get away with this heist by offshoring to tax havens and pass-through businesses. Adding to this unlawful evasion is their upper-class power over Congress to rig the tax laws so they can avoid even more taxes.

The Republicans, by starving the IRS budget and audit staff over the past decade, have aided and abetted enormous tax evasions. Curiously, the cowardly Democrats have not made this an issue in their campaigns against the GOP. Hundreds of billions of dollars a year are at stake.

Related Topic(s): Apple Ceo Tim Cook; Corporate CEO Salaries; Corporate Corruption Crime; Corporate Greed; Corporate Taxes; Covid-19; Jobs; Offshoring; Workers, Add Tags
Add to My Group(s)
Go To Commenting
The views expressed herein are the sole responsibility of the author and do not necessarily reflect those of this website or its editors.