The Silk Road, and more accurately The Silk Roads, spanned from China to The Mediterranean Sea, also connecting Persia, India and West Africa. The diverse peoples of the world were connected by the trade of invention, and resource and the exchange of ideas, even that of conceptual philosophy encompassing what many would call Sacred Geometry today. Through mathematical and geometrical concepts correspondence of spirituality of humanity can be found as well as the core lessons among them, the generation of ascension or progression of individuals and the whole of humanity.

The study of what many might call metaphysics or Sacred Geometry was also shared on The Silk road. The study that was albeit unnamed as such, was often simply an underlying level of their main study of chemistry, alchemy, philosophy, mathematics, spirituality or other life pursuits. Sacred geometry is natural study of patterns, or a study of natural relationships and their patterns. Sacred geometry is revealed and inspired in nature and verified in mathematics. Sacred geometry is illustrated in fractal correspondence of the massive and the miniature of all creation. Sacred Geometry also occurs in the integration and transmutation of masculine and feminine energies towards generation and replication.

The Ultimate Sacred Geometer of The West is Thoth. Thoth is the Egyptian god of writing, of culture, of science, of mathematics, geometry, and all of all knowledge and wisdom. Thoth is the ultimate geometer of the physical and spiritual realms able to transmute between the spiritual and earthly realms. Thoth, the godly scribe, measurer and sacred geometer is often depicted writing on a tablet or holding a measuring stick. 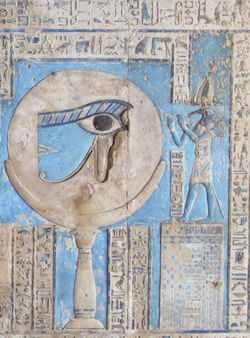 Of all the world perhaps the most amazing geometers to have ever existed were in Egypt, evident by the creation they generated. Those who designed and generated the Great Pyramid and the other pyramids of The Giza Plateau, and The Giza Plateau itself were the ultimate builders arguably. This culture of vast knowledge and wisdom as apparent in the physical creations of metaphysical proportions attribute Thoth as the God who inspired such manifest Sacred Geometry.

The Thoth energy manifests with Hermes as well , the Greek version of Thoth. Both are known as or given the title of the trismegistus, the thrice great. This title was not only shared by Thoth and Hermes, but also was possibly attributed to various practitioners who developed philosophical and metaphysical mastery as a Sacred Geometer if you will.

What is the meaning of this trismegistus, thrice great? There is a story about how Thoth helps Ra. Most stories present Thoth as the problem solver of the Gods. The Eye of Ra, the feminine counterpart of Ra, leaves Ra due to a disagreement. Ra enlists Thoth to bring back The Eye of Ra, with wisdom and subtlety and not with force. Thoth obliges Ra and uses his mastery of communication to convince The Eye of Ra to return to Ra. Thoth is successful, but has to call for her 1,077 times. This number is not insignificant. This is 3 degrees shy of 1,080. 1,080 is 10 multiplied by 108. 1,080, 1,008 are celebrated for their properties having to do with 108.

The 108 relationship is powerful as a numerological correspondence alone, but the real significance as to what the thrice great, trismegistus title might have meant is that 1,077 is 3 degrees shy of three full circles of 360 degrees. The title trismegistus was given to those who have mastered the spiritual realm, the earthly realm, and the human realm, full circle. This trinity in part signifies masterful comprehension of the physical, the metaphysical, and own human psyche. It reveals this mastery comes about without edginess, with patience, possibly in a non-linear manner, in subtlety, and also contains a mannerism that is so near endless a process of refinement that there may be 1,077 or 1080 degrees of refinement towards the godliness generative quality of Thoth Trismegistus, The Sacred Geometer of The West.

The trismegistus title beckons to the thrice great pursuit individuals can take and is reminiscent of the three degrees of Freemasonry. The Freemasons use the third degree title by way of three degrees or levels within their groups and adopt the symbolism of the compass and square eluding to their having to do with sacred geometry, and self-development in line with the thrice great, the sacred geometer of The West, Thoth. Of course, such thrice great pursuits have nothing to do with a group, even groups adopting Sacred Geometry symbolism. The pursuit of the thrice great is yours.

You can connect with Ethan on Facebook, check out his author page on Amazon, or visit his new websites, Geometry Of Energy and Meditation 108, where Ethan offers lessons on individuation, meditation, the conceptualization of energy, and the metaphysical significance of 108.

Related Topic(s): MEDITATION; Meditation; Metaphysics; Spiritual; Spirituality; Spirituality; Symbolism; Wisdom, Add Tags
Add to My Group(s)
Go To Commenting
The views expressed herein are the sole responsibility of the author and do not necessarily reflect those of this website or its editors.