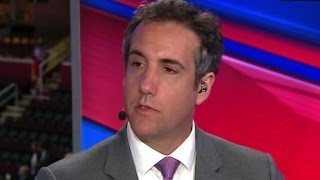 Sometimes it's worth stepping back and stating the obvious. Over the course of these 30 months of cover-ups, every player in the Trump/Russia story has lied about their role in the conspiracy. And not hedging and spinning fibs but straight-up lies about the core nature of their involvement, their overt acts. Most -- though here what we know is a bit more tentative -- seem to have lied under oath, whether to congressional committees or a grand jury. Not a single one of them told a story that wasn't eventually contradicted and disproved. Not a single one.

Who? Well, let's see. Donald Trump, Jr., Michael Cohen, Michael Flynn, George Papadopoulos, Donald Trump, Jerome Corsi, Roger Stone, Paul Manafort, Rick Gates, Carter Page, Jared Kushner. These are ones who lied, the ones we can state definitively. I'm not including the marginal players, folks like Dutch lawyer Alex van der Zwaan. I'm not including those who just never spoke at all -- at least not in public.

We can now see documentation and confessions that outline some of what has always seemed probable. During the campaign -- for roughly the first year of the campaign! -- Donald Trump was actively trying to strike business deals in Russia with the help of Vladimir Putin's government and working closely with members of the Russian intelligence services. Felix Sater was working with all these people. Trump's deal-maker and Russian money channel handler, Michael Cohen, literally reached out to Putin's press office and spoke to a member of the staff to enlist the Russian government's assistance. This was while Trump was already the clear front-runner for the nomination.

As this was happening, Putin's intelligence services were stealing emails and documents from various arms of the Democratic party. They were mounting various information operations within the United States. As this was happening, a bankrupt and desperate political fixer who'd been working for a Putin loyalist for a decade showed up wanting to work for the campaign for free. That's Paul Manafort, a longtime business partner of Roger Stone, another member of the conspiracy.

Did they work with Wikileaks? Yes, there was a back channel between Trump and Wikileaks murkily conducted through Roger Stone and Jerome Corsi and likely others -- requests for help in one direction, information and assistance in the other.

President Trump has been at war with the Russia investigation from the get-go for an obvious and totally logical reason: the depth of his personal involvement in and knowledge of the conspiracy amounts to a devastating indictment of him and his presidency. It all makes perfect sense.

The creator of "talkingpointsmemo.com," Joshua Micah Marshall has written for numerous publications, including The American Prospect, The Atlantic Monthly, The Boston Globe, The Financial Times, The Los Angeles Times, The New Republic, The New (more...)
Related Topic(s): Conspiracy; Cover-ups; Donald Trump Lies; Guilty; Lies; Putin, Add Tags
Add to My Group(s)
Go To Commenting
The views expressed herein are the sole responsibility of the author and do not necessarily reflect those of this website or its editors.

They All Lied. They're All Guilty.