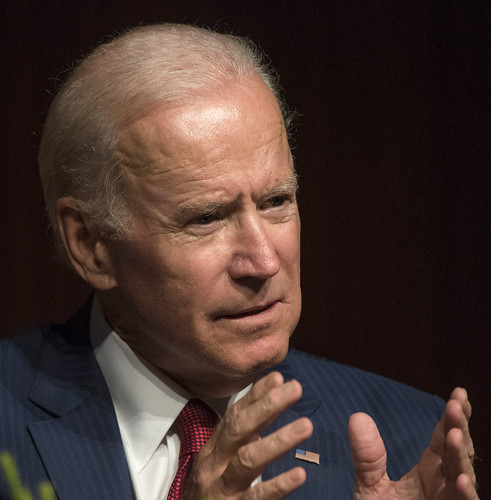 "It's 2016 All Over Again." So claims the title of a recent column by Peter Nicholas in The Atlantic. By "2016 all over again," Nicholas means that Donald Trump, now president, has expressed a willingness to accept campaign help from a foreign power in the 2020 election.

The president's comments upset Nicholas. "A simple idea," he writes, "underpins the nation's democratic tradition: Americans elect America's leaders. But that notion at times seems lost on Trump. His comments to ABC, for one, echoed remarks he made almost three years ago, when he famously called on Russia to help recover 30,000 emails deleted from Clinton's private server."

While Nicholas's discomfort is understandable, what he refers to as the "democratic tradition" of "Americans elect[ing] America's leaders" has been more compromised by domestic concentrations of wealth than by any foreign nation, Russia included. As the distinguished liberal political scientists Benjamin Page (Northwestern) and Martin Gilens (Princeton) showed in their expertly researched book "Democracy in America?" (2017):

"The best evidence indicates that the wishes of ordinary Americans actually have had little or no impact on the making of federal government policy. Wealthy individuals and organized interest groups -- especially business corporations -- have had much more political clout. When they are taken into account, it becomes apparent that the general public has been virtually powerless. ... Majorities of Americans favor ... programs to help provide jobs, increase wages, help the unemployed, provide universal medical insurance, ensure decent retirement pensions, and pay for such programs with progressive taxes. Most Americans also want to cut 'corporate welfare.' Yet the wealthy, business groups, and structural gridlock have mostly blocked such new policies."

Which brings us to another way in which we are living "2016 all over again."

A yard sign that has popped up all over middle-class lawns in liberal Iowa City, Iowa, reads: "Any Functioning Adult in 2020." The slogan's meaning is clear: Vote for any corporate Democrat, so long as he or she isn't Donald Trump. Fundamentally, it is the same message that was offered by Hillary Clinton, who ran as little more than an establishment-vetted "grown-up." It didn't work in 2016, and it may well fail again in 2020.

What got Trump elected that horrible year was neither interference from Russia (or any other foreign power) nor an electoral uprising of white nationalists (just over one in four adult Americans voted for Trump) but rather theneoliberal nothingness of the Democratic Party, aptly described as the "The Inauthentic Opposition" by the late political scientist Sheldon Wolin in his 2008 book, "Democracy, Inc: Managed Democracy and the Specter of Inverted Totalitarianism."

"Should Democrats somehow, be elected," Wolin predicted, they would do nothing "to alter significantly the direction of society" or "substantially revers[e] the drift rightwards. ... The timidity of a Democratic Party mesmerized by centrist precepts points to the crucial fact that for the poor, minorities, the working class and anti-corporatists there is no opposition party working on their behalf." Instead, the corporatist Democrats would work to "marginalize any possible threat to the corporate allies of the Republicans."

That proved a decent forecast for the Obama administration. The party continued its drift rightward, Republicans exploited the public's broader feelings of abandonment and betrayal, and Democrats managed to depress and demobilize their own base. Hillary Clinton's listless 2016 campaign then added insult to the injury of financial globalization and deindustrialization by casting white, flyover voters as culturally backward "deplorables." Clinton neglected public policy to a shocking degree, eschewing even the pretense of progressivism.

It was a doomed strategy in an anti-establishment election year shaped by widespread popular alienation and anger. The masses were in no mood for centrist equivocation amid a weak recovery from a Great Recession caused by financial sector culprits who were opulently bailed out by a Democratic administration that had little to offer the working-class majority. The progressive-populist Bernie Sanders, running in accord with majority progressive opinion, would have defeated Trump. But the Clinton machine and its allies in corporate media and the Democratic National Committee rigged the primary campaign against Sanders, the party's best hope.

Two and a half years later, the Democrats and their backers in the corporate media are repeating the same mistakes all over again. They are already making the next quadrennial extravaganza all about the (undisputed) awfulness of Trump while working to block Sanders and other left-leaning Democratic forces who would dare challenge the establishment consensus with bold progressive policies. (Read my latest account of the Stop Sanders Democratic campaign here). They are promoting dreary centrists who represent the same depressing "progressive neoliberal" formula that failed in 2000, 2004 and 2016. Joe Biden, a longstanding corporatist and imperialist, represents Democratic neoliberalism and militarism on steroids.

That an admitted plagiarist and gaffe-machine who struggles to keep his hands to himself is among his party's top contenders suggests there are no actual adults in the room. Only Sanders and perhaps Elizabeth Warren (although to a significantly lesser degree) offer anything resembling a challenge to entrenched power. And that is why they can expect consistent criticism for being "too radical," "pie-in-the-sky" and "socialist" from a putatively "liberal" establishment that prefers losing to a neofascist right than even a moderately social democratic left. Democrats have doubled down on their 2016 approach, gambling that it will work in the wake of an actual Trump presidency where it couldn't against a candidate considered an unviable clown (albeit one the Clinton camp actively promoted).

Curiously enough, the Inauthentic Opposition may have ultimately sabotaged itself. Russia-gate has provided Democrats with a lethal excuse for their egregious failure to mobilize enough voters to defeat the widely reviled Trump in 2016. It has allowed the reigning corporate wing of the party to pretend to fight Trump while working to marginalize genuine progressive voices like Sanders and Rep. Alexandria Ocasio-Cortez, all while keeping the fire burning on a potentially deadly new Cold War between the United States and Russia -- a conflict to which top Democrats have long been strongly committed. And in the process, they have diverted attention away from the most critical issues of the day, enhancing the chances of Trump's re-election. As Allan Nairn told Amy Goodman on Democracy Now! last May 23:

"If you turn on CNN and MSNBC these days, unless you're someone who has been following these channels avidly, you'll find a lot of what they're talking about is incomprehensible gobbledygook, because they go on and on about Don McGhan and all these [other Russia-gate] figures who most people don't know why they are, rather than talking about the substantive issues of the atrocities that Trump is committing daily the abduction and de facto murder of children on the border, the gutting of labor rights, the gutting of environmental protections. And instead, the Democrats are going off on a tangent, and they're handing Trump a political gift. If you're going to impeach him, impeach him on substance, not a Russia plot, which Mueller already concluded Trump didn't criminally participate in."

Paul Street (www.paulstreet.org and paulstreet99@yahoo.com) is the author of Empire and Inequality: America and the World Since 9/11 (2004), Racial Oppression in the Global Metropolis (2007), Barack Obama and the Future of American Politics (more...)
Related Topic(s): 2020 Elections; Democratic Party; Democratic Progressive Caucus; Democratic Values; Joe Biden; Presidency, Add Tags
Add to My Group(s)
Go To Commenting
The views expressed herein are the sole responsibility of the author and do not necessarily reflect those of this website or its editors.