"Everything the Trump campaign told you about the connections between Trump and Russia was a lie." 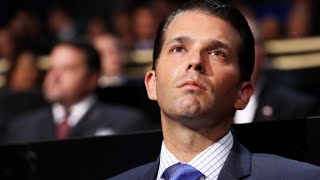 Editor's Note: The news is coming so fast and furious, from so many sources and in so many fragments, that it takes more than a scorecard to keep up with the Trump-Russia connection. It takes a timeline -- a "map," if you will, of where events and names and dates and deeds converge into a story that makes sense of the incredible scandal of the 2016 election and now of the Trump Administration.

For years Steve Harper produced timelines for the cases he argued or defended in court as a successful litigator. Retired now from practicing law, Harper has turned his experience, talent, and curiosity to monitoring for BillMoyers.com the bizarre and entangled ties between Vladimir Putin and Donald Trump and the murky world of Russian oligarchs, state officials, hackers, spies, and Republican operatives. You can check out the over 700 entries right here. But for an overview -- and some specifics -- of recent developments, I called up Steve to give us a sense of the emerging story. -- Bill Moyers

Bill Moyers: You're the consummate trial lawyer with a celebrated reputation for summing up the closing argument for the jury, but from our work together on the timeline I know you also have the instincts of a journalist. So write the lede to the story this far: What's the most important thing for us to know about the Trump/Russia connection as of today?

Steven Harper: Everything the Trump campaign told you about the connections between Trump and Russia was a lie.

Harper: Well, there are a number of different dimensions to the issue, but let's just take the easiest one. The other day The Washington Post published a very good article that said for all of Trump's denials during the campaign of any connections between him, his campaign and Russia, it turns out there were 31 interactions. And there were 19 meetings. Furthermore, what Trump and his people have been doing since then is everything they can to keep the public from being aware of the truth. And this feeds into the obstruction story.

Harper: Up to and including the firing of James Comey, Trump did everything he could to try to shut down, slow down or stop the investigation. First, he tried to shut down the investigation of Mike Flynn. Then it turned out that Mike Flynn is probably just a piece of a much larger problem, which is Russia. Trump admitted to the Russian ambassador and to the Russian foreign minister shortly after he fired Comey that now he's got some relief from the Russia problem -- in other words, Comey's gone! But what's happened since then is the continuing effort to interfere with the investigation, even in the form of tweets -- all of which sure look a lot to me like witness intimidation for some of the key players in the saga.

And then there's a third component, which is in a way the most insidious -- the willingness of the congressional GOP to be complicit in all of this. We're talking now about a prescription for disaster for democracy. It's all part of the same story. If you think about it, every single person who has said something about there being no connection between Trump and Russia during the campaign has been caught in a lie about it. Even with this fellow George Papadopoulos, the talking point immediately became, "Well, he didn't get in trouble for anything that he did, he got in trouble for lying to federal investigators." Sure, and what was he lying to federal investigators about? About whether or not there were any contacts between the Trump campaign and Russia. And that's the part that everybody glosses over in terms of the talking points on the Republican side.

Moyers: George Papadopoulos was the youngest of Trump's foreign policy team and not a prominent public figure. Now Trump loyalists say he wasn't taken all that seriously by the campaign.

Harper: That's another remarkable thing, of course -- all the policy advisers all of a sudden are relegated to the status of low-level, unpaid volunteers, even though they sat in a meeting of foreign policy advisers with the presidential candidate himself early on. When they turn out to be suspects in this investigation, they all drop to the bottom of the heap, and it's as if Trump had never heard of any of them.

Moyers: It's usual in a case like this to move the paramount figures to the expendable list, no?

Harper: Oh sure, absolutely, and I fully expect before this is over, you're going to get to a point where Donald Trump will say, "Oh, yeah, Donald Jr. -- you know he was only my son for a very limited period of time." It's absurd. And it started with Paul Manafort -- the same Manafort who actually delivered decisive delegates to Trump during a crucial period of the campaign. When the heat was turned on Manafort, they all said: "Oh, well, he played a limited role for a limited period of time." Yeah, he was only manager of the campaign, how about that?

Related Topic(s): Assange; Democracy; Election; Evidence; Investigation; Robert Mueller; Vladimir Putin; Wikileaks, Add Tags
Add to My Group(s)
Go To Commenting
The views expressed herein are the sole responsibility of the author and do not necessarily reflect those of this website or its editors.