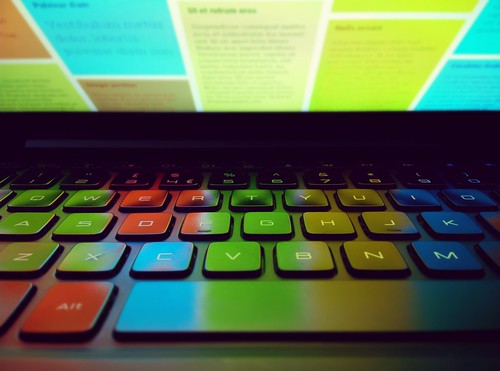 For the last 5 years, I had the opportunity to open up what was a hidden aspect of today's Western Civilization and is becoming normal in American life. Many acknowledge what is happening on a topical level but come short of trying to understand the new reality being forced on them.

The temptation to look away from any real-time horror that shocks your senses is understandable. But it's only excusable to a small degree for a short amount of time.

What do you do when fellow US citizens dig through your personal life to provide information for a foreign country's intel services about your immediate family? Someone was paying money to have this done.

How far are they willing to go? They went so far as checking my wife's political contributions from the early 2000s. What do you do when terrorists stalk your family?

You read it right. I'm talking about groups of people stalking your sisters, brothers, husband or wife, and giving the information to a foreign government so it can be used on a hit for hire list (death list).

When you see your wife, sisters, brothers, this is your family, on that death list? Even though they've had as much involvement in what I write as you do dear reader, here we are. Would your blood boil? My wife started interviewing politicians and ministers during the 2018 LNR presidential election in November 2018. They started stalking her online.

These spies for hire were digging information on my wife more than 6 months before she was involved with the video journalism project. That distinction doesn't give the stalkers a window to target anyone. The reality is she was just a line item for them regardless of her involvement in journalism or not. Journalists and their families are a protected class. This act just multiplies criminality.

What would you do when these same private citizens act as military or intel agents of foreign countries and try to ruin your reputation (reputation management) and take away any means of supporting yourself? What if they laugh about it? Many people are finding out their own countrymen are destroying their lives today for very little pay. Some of the agents volunteer to wreak havoc just for twisted political reasons. For them, it's like playing a video game. That's all your life is worth to them.

Let's liven this up a little, shall we? Imagine your sister contacting you one day and complaining that someone hacked her family's bank account and stole all their money. The very next day, the foreign intel service hackers you've been writing about for over a year make a point of striking up a pointless conversation with you, just to say hello.

Afterward, you find out the hacking method used on your sister's bank account is the same the foreign intel group preferred. They brag about using it constantly over the last few years.

Topping that off, this particular hacking group is directly tied to a state, private intel companies, domestic NGOs and think tanks, a large violent diaspora, and they also work for domestic politicians, political groups, and NATO. I've documented and written about all those connections.

Related Topic(s): Hackers; Intel; Stalking; TERRORIST NATIONS LIST; Terrorist Attack; Terrorist Group; Terrorist List; Terrorist Prosecution; Terrorists-Terrorism, Add Tags
Add to My Group(s)
Go To Commenting
The views expressed herein are the sole responsibility of the author and do not necessarily reflect those of this website or its editors.