An irony of the escalating hysteria about the Trump camp's contacts with Russians is that one presidential campaign in 2016 did exploit political dirt that supposedly came from the Kremlin and other Russian sources. Friends of that political campaign paid for this anonymous hearsay material, shared it with American journalists and urged them to publish it to gain an electoral advantage. But this campaign was not Donald Trump's; it was Hillary Clinton's.

And, awareness of this activity doesn't require you to spin conspiracy theories about what may or may not have been said during some seemingly innocuous conversation. In this case, you have open admissions about how these Russian/Kremlin claims were used.

Indeed, you have the words of Rep. Adam Schiff, the ranking Democratic member of the House Intelligence Committee, in his opening statement at last week's public hearing on so-called "Russia-gate." Schiff's seamless 15-minute narrative of the Trump campaign's alleged collaboration with Russia followed the script prepared by former British intelligence officer Christopher Steele who was hired as an opposition researcher last June to dig up derogatory information on Donald Trump.

Steele, who had worked for Britain's MI-6 in Russia, said he tapped into ex-colleagues and unnamed sources inside Russia, including leadership figures in the Kremlin, to piece together a series of sensational reports that became the basis of the current congressional and FBI investigations into Trump's alleged ties to Moscow.

Since he was not able to go to Russia himself, Steele based his reports mostly on multiple hearsay from anonymous Russians who claim to have heard some information from their government contacts before passing it on to Steele's associates who then gave it to Steele who compiled this mix of rumors and alleged inside dope into "raw" intelligence reports.

Besides the anonymous sourcing and the sources' financial incentives to dig up dirt, Steele's reports had numerous other problems, including the inability of a variety of investigators to confirm key elements, such as the salacious claim that several years ago Russian intelligence operatives secretly videotaped Trump having prostitutes urinate on him while he lay in the same bed in Moscow's Ritz-Carlton used by President Obama and First Lady Michelle Obama. 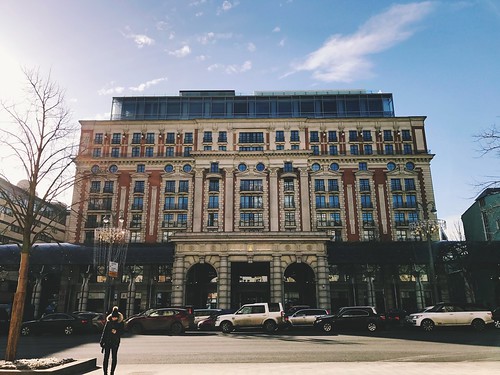 That tantalizing tidbit was included in Steele's opening report to his new clients, dated June 20, 2016. Apparently, it proved irresistible in whetting the appetite of Clinton's mysterious benefactors who were financing Steele's dirt digging and who have kept their identities (and the amounts paid) hidden. Also in that first report were the basic outlines of what has become the scandal that is now threatening the survival of Trump's embattled presidency.

But Steele's June report also reflected the telephone-tag aspects of these allegations: "Speaking to a trusted compatriot in June 2016 sources A and B, a senior Russian Foreign Ministry figure and a former top level Russian intelligence officer still active inside the Kremlin respectively, the Russian authorities had been cultivating and supporting US Republican presidential candidate, Donald TRUMP for a least five years.

"Source B asserted that the TRUMP operation was both supported and directed by Russian President Vladimir PUTIN. Its aim was to sow discord and disunity both within the US itself, but more especially within the Transatlantic alliance which was viewed as inimical to Russia's interests. ... In terms of specifics, Source A confided that the Kremlin had been feeding TRUMP and his team valuable intelligence on his opponents, including Democratic presidential candidate Hillary CLINTON, for several years. ...

"The Kremlin's cultivation operation on TRUMP also had comprised offering him various lucrative real estate development business deals in Russia, especially in relation to the ongoing 2018 World Cup soccer tournament. However, so far, for reasons unknown, TRUMP had not taken up any of these."

Besides the anonymous and hearsay quality of the allegations, there are obvious logical problems, especially the point that five years ago, you could have gotten astronomical odds about Trump's chances to win the U.S. presidency, although perhaps there is more an astrological explanation. Maybe the seemingly logical Putin went to some star-gazing soothsayer to see the future.

There also may have been a more mundane reason why Trump's hotel deal fell through. A source familiar with those negotiations told me that Trump had hoped to get a half interest in the $2 billion project but that Russian-Israeli investor Mikhail Fridman, a founder of Russia's Alfa Bank, balked because Trump was unwilling to commit a significant investment beyond the branding value of the Trump name.

Related Topic(s): Conspiracy; Disinformation; Election; Intelligence; Vladimir Putin, Add Tags
Add to My Group(s)
Go To Commenting
The views expressed herein are the sole responsibility of the author and do not necessarily reflect those of this website or its editors.