The latest social media movement has been a feminist response to the rash of horrific anti-choice legislation popping up throughout the country: a proposed sex strike. As some legislation threatens serious jail time for women who go outside of the state for an abortion, or even for those who suffer a miscarriage, a drastic response is appropriate.

I would counter, however, that a sex strike has some theoretical, as well as practical problems. First is the fact that it is a response to people who don't respect a woman's bodily sovereignty. As I pointed out on twitter, people who want to force a woman to give birth against her will, likely don't have much concern about consent when it comes to sex. In fact, it kind of misses an important point in the abortion debate: that a woman (or girl!) can be impregnated against her will, as a result of rape.

A conservative responded to my tweet, that I can't seriously be comparing rapists to "pro-lifers." Given that both groups want to force women to do something against their will with their bodies, it's an apt comparison.

Finally, while the sex strike grabs headlines - especially since it was first proposed by a celebrity - it overshadows the deadly consequences of this so-called "pro-life" legislation. First is the fact that childbirth is more dangerous to women than legal, medically performed abortion (in contrast to the consequences of back alley abortions that have claimed so many women's lives.) My great-grandmother died within days of giving birth to my grandmother, at the turn of the 20th Century, when medical interventions were limited. Now, however, there is little excuse - and much shame - for the shockingly high rates of maternal mortality in this, one of the world's richest countries.

It's time for those who want to impose cruelty, misery and death on women and girls, to stop pretending that they own the moral high ground. 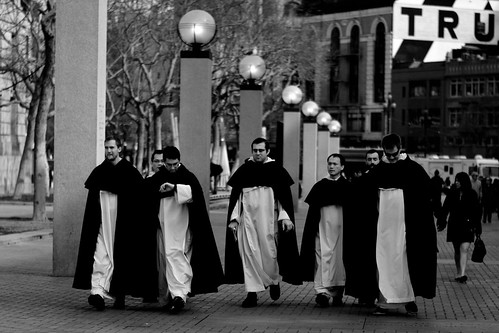 Related Topic(s): Abortion; Birth; Hypocrisy; Miscarriage; Rape; Sex; State; Twitter; Women, Add Tags
Add to My Group(s)
Go To Commenting
The views expressed herein are the sole responsibility of the author and do not necessarily reflect those of this website or its editors.