The story of fascism in the old United States in my view begins with the accession to the Presidency of Carnathon Pine, The Last Re pub li can, in the year 2001. And thus the drama as we will see it in some detail begins in earnest in the next Chap ter, constructed around that personage's Inau gu ral Address. However, before dramas can pro ceed, the stage must be set.

For this book, I have chosen to do that with an essay written by our friend Dino Louis in 1995. As you can see, Louis was never short on opinion and interpretation of facts. The bare facts he occasionally cites throughout the essay were taken primarily from a feature article that ap peared in the then leading weekly printed newsmagazine Time early in that year (Hull, et al). I hope, dear reader, that you will find this essay help ful in understanding from whence fascism arose in our na tional ancestor.

Is the Stage Being Set for Fascism?

Elections '94. The Republicans win. The message is clear. Grinchism, developed by Newt Gingrich and his fellows as a meaner, harsher version of Reaganite"'Bushism, is triumphant. The people have spoken. They and the Grinchites have clearly identified what's wrong with the country: government is too big, taxes are too high, the "unde serv ing poor" are "stealing bread from our table," people "different from us" have set out to destroy "our nation." 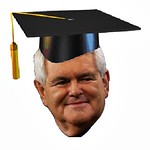 And on the "moral" side? Well, that slasher of national domestic spending Rep. John Kasich of Ohio, tells us (Nelson):

"The American people in their guts, mothers and fathers across this country, know that over the last couple of decades we have removed the speed limits from the highways, the lines on the highways, the yes and the no, the black and the white and the rights and the wrongs. And Americans are beginning to say that . . . culture has slipped and it's time once more to assert that Judeo-Christian tradition of rights and wrongs and values that guides our nation in the 21st Century."

But pause for a moment. Did "the people" as a whole really speak in the 1994 election? Well, no. The message of Reaction was support ed by less than 20% of the eligible electorate. Not voting in droves were those who potential ly benefit most from government intervention in the econo my, and government protection of their rights in the soci ety. It seems safe to assume that they did n't vote because even the Clinton Administration, with its emphasis on deficit cutting not growth stimulation, on being liked not aggressively protect ing rights, did not seem to give them anything much to vote for in either interven tion or protection.

And then consider, have the Grinchites identified the real problems the country faces? Well, no. Since Clinton was elected in 1992 the basic problem list has remained unchanged (Thurow): a declining in dus trial base; the export of manufacturing jobs, to be replaced, if at all, by lower paying service jobs; a continually deteriorating national infra struc ture; serious problems in health services, education, and environ mental protection and preservation; the ever-increasing gap between the have"'a"'lots and everyone else.

It is these problems, not some sudden changes in "Americans' mo rali ty," that are putting tremendous pressure on the Ameri can family, as Thurow has pointed out (1995):

Steven Jonas, MD, MPH, MS is a Professor Emeritus of Preventive Medicine at StonyBrookMedicine (NY) and author/co-author/editor/co-editor of over 35 books. In addition to his position on OpEdNews as a "Trusted Author," he is a Senior Editor, (more...)
Related Topic(s): Decline; Elections; Fascism; Fascism Has Happened Here; Fascism-Cant Happen Here; Government; Reform; Republican, Add Tags
Add to My Group(s)
Go To Commenting
The views expressed herein are the sole responsibility of the author and do not necessarily reflect those of this website or its editors.