Reprinted from The Last American Vagabond 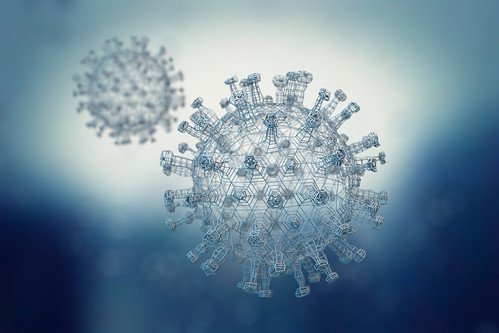 corona virus atom array
(Image by Philippe Put)   Details   DMCA
In 2017, the Johns Hopkins Center of Health Security ran a simulation of a coronavirus pandemic known as SPARS. What can we learn from this exercise?

In the months since SARS-CoV-2 was declared a pandemic, researchers and journalists have spent countless hours searching for relevant information that might shed some light on the origins of what has come to be known as COVID-19. This research has led some to a number of simulations and exercises which "war gamed" a potential viral outbreak and asked how the people and institutions of the world would respond.

As TLAV has extensively documented, the pandemic exercises are numerous. The most well-known simulation is likely Event 201, a high-level pandemic exercise organized by the Bill and Melinda Gates Foundation partnered with the Johns Hopkins Center for Health Security and the World Economic Forum on October 18, 2019. Event 201 simulated how the world would respond to a fictional coronavirus pandemic known as CAPS which swept around the planet. The simulation imagined 65 million people dying, mass lock downs, quarantines, censorship of alternative viewpoints under the guise of fighting "disinformation," and even floated the idea of arresting people who question the pandemic narrative.

Another exercise known as Crimson Contagion simulated an outbreak of a respiratory virus originating from China. From August 13 to August 16, 2019, Trump's Department of Health and Human Services (HHS), headed by Alex Azar, partnered with numerous national, state, and local organizations for the exercise. According to the results of the October 2019 draft report, the spread of the novel avian influenza (H7N9) resulted in 110 million infected Americans, 7.7 million hospitalizations, and 586,000 deaths.

Another simulation known as Clade X took place on May 2018. This event examined the response to a pandemic resulting from the release of a fictional virus known as Clade X. In the simulation, the virus was released by a terror group called A Brighter Dawn. As the outbreak spread through the United States, the participants asked what would be needed if the President issued a federal quarantine, noting that authorities would need to "Determine (the) level of force authorized to maintain quarantine." The Clade X exercise also resulted in the federal government nationalizing the healthcare system.

A lesser known exercise involving the Johns Hopkins Center for Health Security took place in 2017. This exercise also involved a coronavirus pandemic sweeping the world between 2025 and 2028. While the exercise has received very little press, the details and findings of the simulation are extremely relevant to COVID-19.

In October 2017, the Johns Hopkins Center for Health Security released their report, SPARS Pandemic, 2025-2028: A Futuristic Scenario for Public Health Risk Communicators. The report is written from the perspective of someone in 2030 who is looking back on a pandemic which swept around the world between 2025 and 2028. The document states that the creators identified major socioeconomic, demographic, technological, and environmental trends which they believe are likely to emerge during this period. The two trends they said are likely to influence public health emergencies are "varying degrees of access to information technology"and increased "fragmentation among populations along social, political, religious, ideological, and cultural lines."

"Ultimately, a world comprised of isolated and highly fragmented communities with widespread access to information technology-dubbed "the echo-chamber"-was selected as the future in which the prospective scenario would take place. From this point, scenario-specific storylines were then developed, drawing on subject matter expertise, historical accounts of past medical countermeasure crises, contemporary media reports, and scholarly literature in sociology, emergency preparedness, health education, and risk and crisis communication. These sources were used to identify communication challenges likely to emerge in future public health emergencies."

The exercise describes the world of 2025 as "more connected, yet more divided" with near universal access to wireless internet. The report discusses a new technology known as internet accessing technology (IAT), which is described as "thin, flexible screens that can be temporarily attached to briefcases, backpacks, or clothing and used to stream content from the internet." New social media platforms also affect the digital landscape, including ZapQ, a platform that "enables users to aggregate and archive selected media content from other platforms and communicate with cloud-based social groups based on common interests and current events."

While this has allowed for an increase and ease in sharing news, many people choose to "self-restrict the sources they turn to for information", creating the echo chambers.

In mid-October 2025, three deaths were reported at a church in St. Paul, Minnesota. Two church members recently returned from a trip to the Philippines. While their deaths were initially assumed to be influenza, laboratory results later disproved this theory. Eventually, the Centers for Disease Control and Prevention (CDC) confirmed that the three patients were infected with a novel coronavirus, known as the St. Paul Acute Respiratory Syndrome Coronavirus (SPARS-CoV, or SPARS).

Interestingly, the report notes that "early case fatality estimates were inflated" with the CDC estimating SPARS case fatality rate of 4.7%, and the WHO saying 14-15% and over 50% for people over the age of 64. Later studies would provide a more accurate estimate of only 0.6%. This simulated scenario mimics what we have seen with COVID-19. The CDC and WHO both initially claimed the fatality rate was much higher before later admitting that the rate was below 1%.

The report goes on to detail how public health and medical professionals were not successful in stopping the spread of SPARS. By time Thanksgiving and Black Friday arrived the transmission of SPARS accelerated due to asymptomatic individuals traveling. By mid-December, SPARS cases were reported in 26 states, as well as Mexico, Canada, Brazil, Japan, and several European countries.

Eventually, an animal vaccine is seen as a potential solution. Ranchers had used the vaccine to treat a SPARS-like respiratory-coronavirus disease in cows and pigs in the Philippines. The vaccine manufacturer, GMI, claimed the vaccine would help, but clinical trials reveal side effects, including swollen legs, severe joint pain, and encephalitis leading to seizures or death. There was no data available on the long-term effects of the GMI vaccine. Despite this controversy, CynBio, a US-based pharmaceutical corporation, developed a SPARS vaccine based on the GMI technology.

Related Topic(s): Pandemic, Add Tags
Add to My Group(s)
Go To Commenting
The views expressed herein are the sole responsibility of the author and do not necessarily reflect those of this website or its editors.