Click Here to Remove All Ads
Tuesday, October 12, 2010 We are slowly, but surely, being stripped of any meaningful voice in our government.
From the introduction of electronic voting machines*, that can be easily manipulated and programed into giving false results--and that are impossible to verify (they leave no paper trail)--to the creation of bogus misleading "Grassroots Citizens Groups" that are bought and paid for by corporations" that demonize of our government who are bent on privatizing every function of our government for their own financial gain--to the ability of corporations to sway our fundamental right to choose who represents us with ads...that represent no one, but some unnamed special interest.

Recently, I saw an that attack ad on a democratic member of the house, paid for by the Republican National Committee. It's hook was, "Earl Pomeroy is not "our" representative anymore." Having been advertising for forty plus years I recognized the hyperbole of that statement. The ad was made in a different state by people that have never lived in North Dakota, funded by the RNC, so in a very real sense he never was or could have been "their" elected representative. Yet their misleading message implied that this was the considered opinion of the majority of North Dakotans who had elected him to represent them in successive terms. Had they been wrong? Who were these nameless minions of discontent? What sudden revelation informed them that Good ol' Earl had betrayed his fellow North Dakotans? The point is, this is the kind of garbage that passes for political debate in America, when we allow unfettered financial intrusions into local politics.

Who engineered the deregulation debacle through Congress over the fourteen successive years they were in power, beginning with "Saint Ronnie"? The Republicans with their 1994 misleading Contract With America. It should have been titled "Contract With the Multi-National Corporations of the World".

Keeping in mind that more honestly retitled document-- and the Republican agenda--the Republicans began to systematically dismantle scores of regulatory safeguards and appoint a rigid right wing majority to the Supreme Court who recently decided to allow all corporations--both American and Foreign, the Supreme Court did not see fit to differentiate between the two--to plow as much money as they can raise into American elections, making for a an extreme change in the future of American politics and not for the better.

"Since that ruling there have been two developments that are alarming.

What is at Stake?
The very idea that this nation was founded on is at stake: One person-one vote has been turned on its head the Supreme Courts ruling--allowing corporations to influence our elections out of all proportion--is another nail in the coffin of this failing American Republic. In other words, American's right to elect representatives who truly represent their interests and promote the general welfare, has been usurped by private corporations, who narrowly promote their self interests, which means their profits and their ability to privatize our government into oblivion.

Its not whether it can be done, its how will it be done in America. The history of Nazi Germany and fascist Italy followed a similar pattern in the prelude to World War II. Their methods were to create fear and discontent over the looming financial crisis, manufacture a scapegoats to vent those fears upon; turn the average citizens concerns into fanatical followers, fuel their hatred, point out their predetermined scapegoats, appointed themselves as the saviors by making powerful alliances with German industrialists, make claims of racial superiority, and a start preemptive war, one that consumed the entire world. It was called Fascism and its still alive and prospering here in a America. The recipe is the same and as Herman Goering stated at his trial in Nuremberg: "Voice or no voice, the people can always be brought to the bidding of the leaders. That is easy. All you have to do is to tell them they are being attacked, and denounce the pacifists for lack of patriotism and exposing the country to danger. It works the same in any country."

Substitute gays, liberals, and commies for Jews, and you have your scapegoats, throw on the fuel of hatred by encouraging the inflammatory rhetoric of fanatical right wing talking heads, add the "War on Terror" that feeds the military industrial complex with billions of dollars, cut the taxes of the richest--which cuts off government revenue; deregulate and privatize ever function of government giving absolute financial power to the richest few; create as much confusion as possible with misleading ads; control the mechanics of the elective process; appoint puppet judges; stifle open descent by labeling your opponents as unpatriotic; liars; traitors, and liberals who want your money thus marginalizing your opponents. I could go on, but I think the point is obvious--these are all things that have been happening and escalating right here in America for the last twenty years.

Let History Be Our Guide.
The history of every period in human existence is fraught with "antichrists" and petty demigods, who want to control everything and everyone, the exact thing that our forefathers fought and died to preserve--our freedom to be who you are without fear from the megalomaniacal tyrants and despots live among us. That is the entire premise of --"a government by the people and for the people". Nothing has changed in human nature since the first human walked on the face of the earth. Trust me, there are still men that want absolute power to control our lives and our deaths if we are no value to them. There are truly evil and cunning men amongst us, that would take away our freedoms, and our lives, if we let them.

We have become victims of our own apathy. We are sheep being led to slaughter by the Judas goats--of the far right on FAUX NEWS. We have been sold out to every corporation with global aspirations. China owns us. Who sold us to them? We have been seduced by false patriots wrapped in the the American flag, the pied pipers of commerce have sold us lock-stock-and-barrel.

We have forgotten that--"we the people"--are our own government.
That is until and unless we are duped into giving it away to the greedy selfish among us who could care less about you and In a word to special interest groups that pump out malicious propaganda that would make even Joseph Goebbel's blush with envy. We are being lied to and manipulated--by the rich and powerful--into hating one another with false issues, that they use to divide us--a hint: substitute gays for Jews; burning the flag; "American Values"; These are not real issues they are code words that divide us. They are sound bites meant to inflame us and diminish our ability to make sound rational choices--while special interests steal our heritage and the legacy of the founders. It is true that the founders hated the idea of government, but knew in their wisdom that government was needed to protect us from the powerful, cunning, greedy among us. It is true that the founders disliked taxes, but knew they needed revenue to make this country an economic marvel. Washington even put down a rebellion that protested a whiskey tax. We have forgotten the lessons of previous generations who admonished us that a "nation divided can not stand." We have forgotten that a well informed public is the only guardian of our true liberties and is exercised by our individual right to vote. We have forgotten and neglected our right and duty to be active in our own governance, a right that our forefathers won for us with their blood and their treasure. Benjamin Franklin may have set that duty in the clearest light when he replied to a woman that asked, "What have you given us?" He replied, "a Republic, if you can keep it madam?"

The Anger in American politics is real and justified.
We've been lied to and hoodwinked by elected leaders, but I believe that the current anger is terribly misdirected by the same self serving bastards that created this mess. They have employed every dirty trick to stall and discredit the current administration, all the while not even acknowledging their own culpability in the creation of the disaster. But they are now saying just trust us, we have more of the same failed policies by refocusing the anger, they have manufactured in a slight of hand performance worthy of Houdini. It reminds me of my childhood when one of my siblings, or I, would create chaos and then sit back with a smirk enjoying the infliction of punishment on an innocent party. The problem is this is no childhood game of misdirection the real consequences are the Decline and Fall of this Republic, which too many good men have died to preserve.

A sacred trust has been given to Us.
The founders trusted that as free men and women, we could by our own mind and spirits, govern ourselves free of tyranny and despots. Unless we become involved and awaken to the real game being played we will forever relinquish those rights, and be enslaved by the rich who think nothing of our god given right to be free and full participants in this nations future.

I urge you strongly to inform yourself, if you are a true Independent, as I am, please consider the following and ask yourself:

Q. Who has cost this country more jobs? Republicans or Democrats?
A. 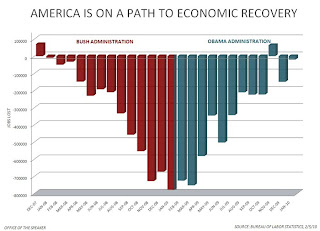 I am a child of the WWII era. I have always considered myself a patriot, even when I have passionately disagreed with the policies of the government. My view is that disagreeing with the current caretakers, during any administration, is not only our (more...)
Related Topic(s): Debate; Liberty; Oil; Republican; Republican GOP Dirty Tricks; Republican Hypocrisy; Republican Religious Right Wing Nuts; Republican Voter Suppression; Republican-slime-machine, Add Tags
Add to My Group(s)
Go To Commenting
The views expressed herein are the sole responsibility of the author and do not necessarily reflect those of this website or its editors.

Mitch McConnell: Mouth from the South

Is America A Terrorist Nation?

Fascism on the Rise in America - Democracy Dying?

The Chilling Effect Of Torture On The Constitution

The Rise and Fall of the American Republic