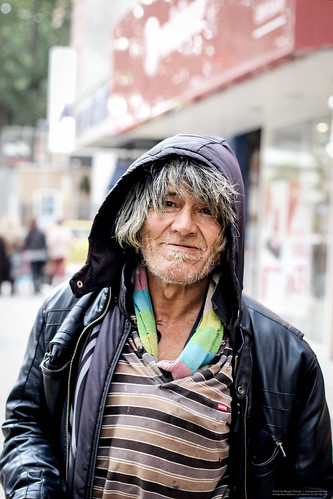 Poor Homeless
(Image by Bengin Ahmad)   Details   DMCA
I'm going to talk about some things that many people take for granted and that most writers not will write about. I'm going to throw a lot of information and figures out in this article and I really hope that people start to think about what these facts and figures really mean.

I want to preface this that I am not a mathematician nor am I an economist. I am however, someone who can read and the figures I'm going to give you come directly from the government. I didn't make these numbers up.

Many people have read some of my articles know that I detest the fact that 55% of our national budget is comprised of our so-called "defense budget". Many Americans have written and talked about the fact that this nation is involved "in endless war". What most people don't realize is how much of our national treasure is devoted to our military.

Let me start by telling you how much this nation spends on our so-called "defense budget". This money that we spend isn't to defend people of the United States, these funds go to enrich the defense contractors and the people who fund our politicians in Congress.

This is the part where I throw the amounts that fund our so-called "defense budget":

$2,988,083.00 is the total amount for the US budget. Out of this almost $3 trillion, $582 billion dollars go to the Department of Defense. This doesn't include all the money that goes to the defense investigative agency the DIA, or to the CIA, or to the NSA, or to the FBI or any other intelligence agencies.

The number of people in the United States in 2017 is 326,474,083. If Congress cut the defense budget for 25% by closing overseas bases and cutting the number military that serve in our endless war machine, we would save $145 billion dollars. If you divide that number by the number of people living in the United States, every man woman and child, it would come out to almost $1,785.00 to the American people. A family of four would receive $7,140.00

I'm not supposing that the government would do anything of the sort, I'm just throwing some numbers around to make people think. We always hear the United States is the richest nation on earth, and this just illustrates where all our wealth is going. Many people explain that the defense industry and shore up our economy and we stop producing arms and having a large military it would hurt the United States economically. What I'm saying is that if we cut the military spending by 25% we would not only give a windfall to the American people, but we could also rebuild our infrastructure and pay down our national debt.

I am not isolationist nor my pacifist, I'm just someone who holds citizenship in a country that has lost its perspective.

I would also like to point out that the recent fires in California should be looked at by every citizen in the United States. There are anomalies about these fires vaporizing brick, melting glass and vaporizing steel. There also anomalies where houses were demolished by this fire, yet trees next to these houses were not touched by fire. There also videos on YouTube that showed a tree burning from the inside out. What disturbs me is that many of the videos I looked at looked much like the anomalies that happened at the World Trade Center. I'm not explaining the fires, but I would like people to look at these videos and judge for yourself. I wasn't going to write about this, but I felt an obligation to at least mention it.

Instead of just accepting the way America puts its money into our war Department, we should demand accountability and justification for all that they do. As a retired service member with over 20 years in the United States Army I feel that the military is out of control. Never in my lifetime have I seen military spending on the scale with no discernible enemy creeping up on our shores. As citizens I believe that every American should hold count Congress accountable for this wasteful military spending that should really go to rebuilding United States infrastructure and creating an economy that consumes things instead of just treading water to stay alive. "As the richest nation on earth" we should be helping our citizens instead of interfering in the affairs of other nations. As an American citizen I am angry as hell and I believe that every citizen should feel the same anger that I feel.

(A thank you yo David William Pear who corrected my numbers. Told you, I'm not a math whiz.)

Related Topic(s): American Military; Army; Money; National Security Strategy; NationalDayOfPrayer; People, Add Tags
Add to My Group(s)
Go To Commenting
The views expressed herein are the sole responsibility of the author and do not necessarily reflect those of this website or its editors.