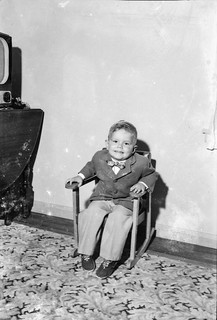 A look at relationship between classes. What are we teaching?
(Image by simpleinsomnia)   Details   DMCA

In this piece, through a psychological approach, I want to look at the current class structure to understand the factors behind the popularisation of speculation and consumption, which became the shared values of both the upper and the lower classes. What is the relationship between people who have achieved every goal they aimed for and those who live in a continuous limbo by dreaming that one day they will achieve the same?

From a psychological approach, the relationship between the upper, middle and lower classes can fit into a Freudian framework of id, ego, and superego. In this framework, id corresponds to the animal inside us, which needs to be satisfied, like sexual libido, hunger and thirst. Superego is the human part above all, corresponding to the narcissistic personality, who sees the self above everything and everyone else and who has the power to judge and separate the good from the bad. Ego is in between the two, the suppressed part of our personality which is pushed from all sides and faced with constant humiliation: they are humiliated, because they are regarded to live an ordinary and conservative lifestyle and they are also isolated from mainstream life because of the power of the new rich and other parasitic forms of life that are seen to deserve a good life as the result of their money.

In the current society, while the conventional middle classes, ego, have become gradually removed from everyday cultural, economic, moral and political curricula, a new group within the upper classes has emerged, characterised by spending sprees, luxury brands, and seven-star hotels: they are the "rentier" who spend huge amounts of money in cities like London, New York, Istanbul, and Dubai, becoming similar to each other by a built environment replicating the past and luxurious hotels containing toilets made of gold.

In this context, superego is the rentier, free to do anything while id is the lumpen, who is unable to control basic instincts, who needs to be satisfied. The rentier and the lumpen has a symbiotic relationship, in which the rentier has the power and money, made of trade based on a principle of profit without a moral rule behind it. Instead, the lumpen carry out the orders of the rentier, and live with a hope that one day they will catch up to the status of rentier.

This continuous hope, however, kills them day by day without them ever noticing, concealed by consumption. The rentier (the superego) and the lumpen (the id) vote for the same political parties and share the same political and ideological ambitions, ideals and fantasies. In this relationship, while the rentier is free to do anything they want behind closed doors, the lumpen feels free to do so in streets. Because of that, we see people who we would never expect to find together in a photograph, such as aristocrats of various ranks and celebrities who are regarded as national treasures in their countries.

Related Topic(s): Class; Consumption; Power, Add Tags
Add to My Group(s)
Go To Commenting
The views expressed herein are the sole responsibility of the author and do not necessarily reflect those of this website or its editors.

The Rentier and the Lumpen