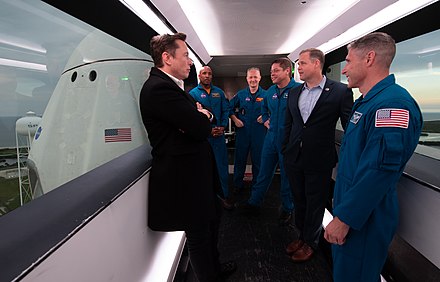 Last week a SpaceX rocket exploded in a fireball at the SpaceX site in Texas. "Fortunately," reported Lester Holt on NBC Nightly News, "no one was aboard." Click Here

But what if nuclear materials had been aboard?

The nuclear space issue is one I got into 35 years ago when I learned from reading a U.S. Department of Energy news letter about two space shuttles, one the Challenger which was to be launched the following year with 24.2 pounds of plutonium aboard.

The plutonium the shuttles were to carry aloft in 1986 was to be used as fuel in radioisotope thermoelectric generators RTGs that were to provide a small amount of electric power for instruments on space probes to be released from the shuttles once the shuttles achieved orbit.

The plutonium-fueled RTGs had nothing to do with propulsion.

I used the U.S. Freedom of Information Act to ask what would be the consequences of an accident on launch, in the lower or upper atmosphere and what about the dispersal of deadly plutonium. A few years earlier, I wrote Cover Up: What You Are Not Supposed to Know About Nuclear Power, so I was well familiar with plutonium, considered the most lethal radioactive substance.

For 10 months there was a stonewall of challenges to my FOIA request by DOE and NASA. Finally, I got the information, heavily redacted, with the claim that the likelihood of a shuttle accident releasing plutonium was "small."

Said one document: "The risk would be small due to the high reliability inherent in the design of the Space Shuttle." NASA put the odds of a catastrophic shuttle accident at one-in-100,000. .animatedsoftware.com/cassini/kg9709tw.htm

It was on its next mission in May 1986that it was slated to have a plutonium-fueled RTG aboard.

From a pay phone in an appliance store -amid scores of TV sets with that horrible video of the Challenger exploding I called The Nation magazine and asked the folks there whether they knew that the next launch of the Challenger was to be a nuclear mission. They didn't.

They had me write an editorial that appeared on The Nation's front page titled "The Lethal Shuttle." It began, "Far more than seven people could have died if the explosion that destroyed Challenger had occurred during the next launch""

And I got deeper and deeper into the nukes-in-space issue authoring two books, one The Wrong Stuff, presenting three TV documentaries, writing many hundreds of newspaper and magazine articles and speaking widely on the issue.

NASA, incidentally, later in 1986, drastically increased the odds of a catastrophic shuttle accident to one-in-76. It turned out the one-in-100,000 estimate was based on dubious guessing.