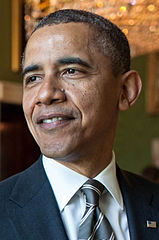 In this age of pervasive media, the primary method of social control is through the creation of narratives delivered to the public through newspapers, TV, radio, computers, cell phones and any other gadget that can convey information. This reality has given rise to an obsession among the power elite to control as much of this messaging as possible.

So, regarding U.S. relations toward the world, we see the State Department, the White House, Pentagon, NATO and other agencies pushing various narratives to sell the American people and other populations on how they should view U.S. policies, rivals and allies. The current hot phrase for this practice is "strategic communications" or Stratcom, which blends psychological operations, propaganda and P.R. into one mind-bending smoothie.

I have been following this process since the early 1980s when the Reagan administration sought to override "the Vietnam Syndrome," a public aversion to foreign military interventions that followed the Vietnam War. To get Americans to "kick" this syndrome, Reagan's team developed "themes" about overseas events that would push American "hot buttons."

From his new perch on the National Security Council staff, Raymond oversaw inter-agency task forces to sell interventionist policies in Central America and other trouble spots. The game, as Raymond explained it in numerous memos to his underlings, was to glue black hats on adversaries and white hats on allies, whatever the truth really was.

The fact that many of the U.S.-backed forces -- from the Nicaraguan Contras to the Guatemalan military -- were little more than corrupt death squads couldn't be true, at least according to psy-ops doctrine. They had to be presented to the American public as wearing white hats. Thus, the Contras became the "moral equals of our Founding Fathers" and Guatemala's murderous leader Efrain Rios Montt was getting a "bum rap" on human rights, according to the words scripted for President Reagan.

The scheme also required that anyone -- say, a journalist, a human rights activist or a congressional investigator -- who contradicted this white-hat mandate must be discredited, marginalized or destroyed, a routine of killing any honest messenger.

But it turned out that the most effective part of this propaganda strategy was to glue black hats on adversaries. Since nearly all foreign leaders have serious flaws, it proved much easier to demonize them -- and work the American people into war frenzies -- than it was to persuade the public that Washington's favored foreign leaders were actually paragons of virtue.

Once the black hat was jammed on a foreign leader's head, you could say whatever you wanted about him and disparage any American who questioned the extreme depiction as a "fill-in-the-blank apologist" or a "stooge" or some other ugly identifier that would either silence the dissenter or place him or her outside the bounds of acceptable debate.

Given the careerist conformity of Washington, nearly everyone fell into line, including news outlets and human rights groups. If you wanted to retain your "respectability" and "influence," you agreed with the conventional wisdom. So, with every foreign controversy, we got a new "group think" about the new "enemy." The permissible boundary of each debate was set mostly by the neoconservatives and their "liberal interventionist" sidekicks.

That this conformity has not served American national interests is obvious. Take, for example, the disastrous Iraq War, which has cost the U.S. taxpayers an estimated $1 trillion, led to the deaths of some 4,500 American soldiers, killed hundreds of thousands of Iraqis, and unleashed chaos across the strategic Middle East and now into Europe.

Most Americans now agree that the Iraq War "wasn't worth it." But it turns out that Official Washington's catastrophic "group thinks" don't just die well-deserved deaths. Like a mutating virus, they alter shape as the outside conditions change and survive in a new form.

So, when the public caught on to the Iraq War deceptions, the neocon/liberal-hawk pundits just came up with a new theme to justify their catastrophic Iraq strategy, i.e., "the successful surge," the dispatch of 30,000 more U.S. troops to the war zone. This theme was as bogus as the WMD lies but the upbeat storyline was embraced as the new "group think" in 2007-2008.

The "successful surge" was a myth, in part, because many of its alleged "accomplishments" actually predated the "surge." The program to pay off Sunnis to stop shooting at Americans and the killing of "Al Qaeda in Iraq" leader Abu Musab al-Zarqawi both occurred in 2006, before the surge even began. And its principal goal of resolving sectarian grievances between Sunni and Shiite was never accomplished.

But Official Washington wrapped the "surge" in the bloody flag of "honoring the troops," who were credited with eventually reducing the level of Iraqi violence by carrying out the "heroic" surge strategy as ordered by President Bush and devised by the neocons. Anyone who noted the holes in this story was dismissed as disrespecting "the troops."

Related Topic(s): Bashar Al-assad; Communications; Deception; False Accusations Of Terrorism; Media; Obama; Propaganda; Vladimir Putin; Yanukovych, Add Tags
Add to My Group(s)
Go To Commenting
The views expressed herein are the sole responsibility of the author and do not necessarily reflect those of this website or its editors.