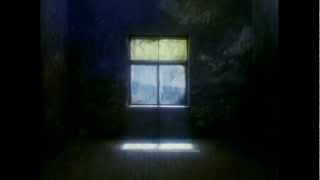 I've been collecting movies and television programs for almost 40 years. From VHS cassettes, to DVDs, to Blu-rays, I've amassed a huge collection over the years. On the top shelf of my bookcase, next to a 60-inch television, is a boxed set of 29 DVDs containing all five seasons and 156 episodes of The Twilight Zone.

I don't watch them often, certainly not often enough to justify what I paid for them, but I bought them just the same. Why? Because in the fifties and early sixties it seemed entertainment was made by -- and for -- people who were on fairly strong anti-depressants. Especially television programming. Nothing was too high -- or too low -- just solidly in the calm middle ground of sameness. The comedies weren't funny, any drama could be resolved in under an hour, and ultimately Father Knows Best.

But starting October 2, 1959, on Friday nights at 10:00pm, on your local CBS affiliate, was ... The Twilight Zone. A weekly journey to a small oasis in the vast television wasteland where Things Are Not As They Seem ... or ... Things Are Exactly What They Appear To Be. In the best episodes, there was little comfort no matter how it turned out.

This seems like pretty heady stuff for a black and white half hour TV show, doesn't it? But sandwiched between the commercials, and constrained by network censors (AKA office of Standards and Practices), were ideas that still managed to retain a glimmer of their original power: that something was terribly amiss in White Middle-Class America. And no amount of steady consumerism, no amount of money, no well-chosen steps along a good career path, could completely obscure the persistent fear that something ... had gone wrong.

CBS was never happy with the series because it didn't turn into the break-away ratings hit they wanted. After five seasons, The Twilight Zone was canceled and the last episode was broadcast on June 19, 1964. For the last 54 years, the series has been in syndication and can probably be found somewhere on one of your cable television channels today. Though the series was revived in 1985 and again in 2002, the new series were tepid versions of the original.

To be honest ... The Twilight Zone is not as good as my memories of it are. At least half the episodes weren't that good, but compared to everything else on TV at the time... they were great. Serling wrote nearly two-thirds of the 156 episodes so he has to take the blame for a lot of the duds. But with a cadre of writers like Charles Beaumont, Ray Bradbury, Richard Matheson and Reginald Rose, Serling created not just a series of fanciful plots and characters, but an unsettling weekly trip into ... sideways. To slip between what's here and there and glimpse the possibility that Things Are Not As They Seem ... or ... Things Are Exactly What They Appear To Be. The best episodes were like, as Harry Nilsson said, " C'mere -- I'm gonna make you feel all clammy inside.

Although the show was canceled in '64 and Rod Serling died in 1975, the ideas didn't die, they weren't canceled. For decades we've all lived in The Twilight Zone. I can prove it.

Close your eyes ... take a deep breath ... exhale ... then ask yourself a simple question. A question you might ask someone to test their memory after they've received a serious blow to the head:

Who is the president of the United States?

Now open your eyes. That's the signpost up ahead -- your next stop, the Twilight Zone.

Imagine this (It helps if you imagine it in Black and White):

It's election night 2008. You're watching television. Barack Obama has just been elected president. You're about to switch over to Fox News to see how they are covering this momentous event and ... the power goes out in your house. You look out the window and see that your block is ... dark. Your phone doesn't work. You turn on your battery-powered radio ... nothing. You turn on your fully-charged laptop but it won't boot up. Your emergency flashlight doesn't even work. You open the front door to see how your neighbors are dealing with the possible city-wide blackout. You hear ... nothing.

In the dark you walk over to your neighbor's house and call out. Silence. You go up to the front door to knock and see the door is ajar. You slowly push it open and call out again -- nothing. You wonder if you should go inside the darkened house to check on your neighbor but ... what if the house is empty? What if no one is home? You nervously look at the dark silent houses up and down your street. What if all the houses are empty? What if everybody is ... gone?

This is ridiculous. You talked to your neighbor just a few hours ago. He was getting out of his car as you pulled into your driveway. He came over and you talked about watching the election returns. Unlike the neighbor across the street who had a huge McCain/Palin sign proudly placed in the middle of his yard, you both had Obama yard signs. But now ... Where is everybody?

You race back to your home and shut the front door. And lock it. You try your phone one more time but while you punch in -- 9 1 1 -- you see a bright light shining under the closed kitchen door. The light builds until you can see the outline around the door streaming bright white light.

Some 45 years ago I became aware of the fact that the government of The United States was trying to kill me. I wasn't paranoid or anything. I mean I knew the government wasn't out to kill me personally. They just wanted to kill as many Vietnamese (more...)
Related Topic(s): Memory; President; Twilight, Add Tags
Add to My Group(s)
Go To Commenting
The views expressed herein are the sole responsibility of the author and do not necessarily reflect those of this website or its editors.