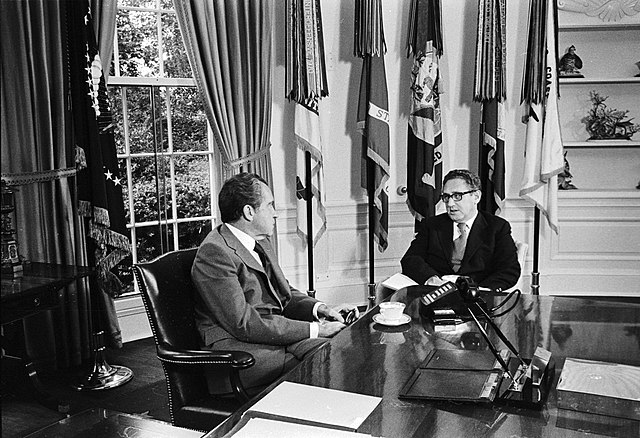 Last week's leak to the Washington Post of an intelligence report about President Trump's son-in-law Jared Kushner meeting with Russian Ambassador Sergey Kislyak in early December to discuss a possible back channel to Moscow appears to represents the climax of the campaign of leaks against the Trump team regarding contacts between Trump associates and Russians.

The leak about Kushner came shortly after another sensational story broadcast by CNN on May 17 about U.S. intelligence picking up conversations among Russian officials during the presidential campaign in which they bragged about having cultivated a relationship with retired Lt. Gen. Michael Flynn and expressed the belief they could use him to influence Trump.

Those two leaks sandwiched extraordinary testimony by former CIA Director John Brennan before the House Intelligence Committee on May 23 in which he said he was concerned about "intelligence" regarding Russian efforts to "suborn" certain Americans -- meaning to induce them to commit unlawful acts. That may have been a reference to the leaked interception of Russians bragging about their relationship with Flynn that had just been reported.

"It raised questions in my mind about whether the Russian's efforts were successful," Brennan said.

Unidentified former Obama national security officials immediately condemned the Kushner proposal to Kislyak for a backchannel -- which occurred after Trump's election but before his inauguration -- as "not only highly improper but also possibly even illegal," as Politico reported.

In an interview with the PBS NewsHour, former Director of National Intelligence James Clapper followed that script, suggesting that the attempt to "mask this dialog" with Russia made the Kushner request inherently suspicious.

"Why all the cloak and dagger secrecy?" asked Clapper. "One wonders if there was something worse than that or more nefarious than that""

Clapper also argued that the proposal for the channel was illegitimate because the meeting was held before Trump became president. "There is a distinction between reaching out, establishing lines of communication versus substantively interfering with the policy of the present administration," he said.

But the Brennan-Clapper line insinuating that the Kushner request for contacts with the Russians was potentially treasonous collapses in light of the well-documented story of how President-elect Richard Nixon's national security adviser-designate Henry Kissinger established his own personal backchannel to the Soviet leadership in 1968 using a known KGB operative with whom he had been meeting for years as his contact.

Related Topic(s): People Henry Kissinger, Add Tags
Add to My Group(s)
Go To Commenting
The views expressed herein are the sole responsibility of the author and do not necessarily reflect those of this website or its editors.