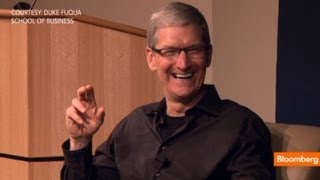 The combination of greed and power often spin out of control and challenge the enforceable rule of law and the countervailing force of the organized civic community.

When greed and power are exercised by giant multinational corporations that escape the discipline of the nation-state, the potential for evil becomes infinite in nature. Enough is never enough.

Global giant companies, aided and abetted by their corporate attorneys and accountants, can literally decide how little taxes they are going to pay by shifting profits and expenses among different tax haven countries such as Ireland, Luxembourg, and Panama.

These same companies then proceed to lobby any nation, including most prominently the United States. Congress and the White House are pushed to cut formal tax rates, pack the tax laws with loopholes, and lower further the effective tax rate. The formal top tax rate for billions of company profits is now 21%, while the actual tax rate is lower -- much lower for banks, insurance companies, drug companies, and behemoth tech companies like Apple that master tax avoidance.

"Generous" is not a word one can associate either with Apple or its avaricious CEO Tim Cook. One of the first moves Tim Cook made, after replacing legendary Apple Founder, the cancer-stricken innovator Steve Jobs, was to arrange a $378 million, 2011 compensation package for himself and launch the biggest stock buyback in corporate history. Apple, which is worth $1.5 trillion, has spent $327 billion since 2013 to buy back 2.5 billion shares of stock. Yet Apple has done little to produce productive investments, remediation of used and very toxic Apple products when discarded, or increase pay for the 350,000 serf-labor workers in China toiling under its merciless contractor Foxconn.

Apple made $104 billion in the last 12 months, puffed up by tax-avoidance, tax cuts and a no-tariff deal with Trump on its Chinese imports, yet Tim Cook has rejected pleas to spend a little over $2 billion (deductible) to award a full year's pay bonus to the 350,000 Foxconn workers who build Apple's iPhones and iPads.

Apple's massive stock buybacks have, however, increased the metrics to set compensation levels for Tim Cook and his executive sidekicks. Unfortunately, stock buybacks do little to tamp down excessive prices for Apple products. The massive stock buybacks also send a message that Apple's management has no other uses for its corporate cash -- not for R&D, not for improving the nature and security of its workers' pensions, not for investing in curtailing the damaging side effects of Apple products on the environment, and not for reducing other offloaded damage to society.

Tim Cook and Apple are also stingy, given their vast wealth, with charitable contributions. So stingy that Apple's bosses do not even come close with the company's charitable-deduction limit of five percent of adjusted gross income. In 2018 Apple gave $125 million to charities. Apple's net income for 2018 was $59.53 billion -- a tiny fraction of one percent!

Recently, the New York Times published articles showing how tiny the executive pay cuts were by the very few executives who announced and declared sympathy for their laid-off and impoverished workers. The media has also been reporting illicit maneuvers developed by corporate attorneys to help chain stores get relief payments that should have gone to legitimate small businesses. (Why isn't the National Federation of Independent Business (NFIB) speaking out against this abuse and avarice?)

Replacing some of their greed with generosity could be directed to the estimated $6 billion to $11 billion needed this coming school year to give low-income students full equipment and connectivity to the internet for remote learning during the COVID-19 pandemic restrictions. States and localities need $4 billion to assure the voting process will be fair and that all votes be counted and on time. The Republicans in the Senate are blocking the money needed to guarantee free and fair elections. Four billion dollars for the profit-glutted Silicon Valley giants Facebook, Google, Apple plus Amazon, and Microsoft, is peanuts. These high-tech digital giants could easily contribute the money needed to avert a widely predicted election time disaster and weeks of understaffed counting after November 3. Imagine such a show of patriotism from these companies.

Then there are the matters of woefully inadequate supplies, facilities, and training programs to counter the spreading COVID-19 pandemic that is crumbling the economy. These record-setting profitable companies, with soaring stock prices due to their monopolistic powers or consumer-gouging, should return some of Trump's giveaway tax cuts of 2017 and the burgeoning corporate welfare payments from crony-capitalistic Washington, D.C. to help their afflicted or vulnerable fellow Americans. Many of these people are their own workers, friends, and relatives.

Economists should develop a "Hedonistic Index," to rank the "greed-with-power" status of the 500 largest U.S. corporations.

People have the right to know how CEOs and major corporations do on the "Hedonistic Index" of greed and power. After all, at the end of the day, we are all paying the price of the full measure of the infinite avarice spiraling from these corporate supremacists and their private governments of controls.

Related Topic(s): Control-freaks; Corona Virus Coronavirus Covid-19; Corporations; Greed; Jobs; Power, Add Tags
Add to My Group(s)
Go To Commenting
The views expressed herein are the sole responsibility of the author and do not necessarily reflect those of this website or its editors.