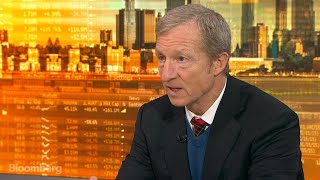 As a failed businessman, saved by business bankruptcies which he called a "competitive advantage," Donald Trump believed in chaos as a strategy. Unfortunately, chaos and foreign policy don't mix. Chaos may bring war. And tragically, military aggression can explosively boomerang back to the U.S. mainland.

On April 3, Trump declared he was going to pull soldiers out of Syria. After the recent alleged chemical attack on Syrian civilians outside of Damascus, Trump threatened his friend, Vladimir Putin, saying he will pay a price, and that the military response will "be very, very tough."

Being deliberately unpredictable and keeping your adversary off balance may work for real estate deals in New York, but for potentates and armed groups it is a formula for fast accelerating uncontrollable disasters.

This flailing approach -- implying the use of military violence -- may please super warhawk, madman John Bolton -- Trump's unconfirmed National Security Adviser yet to receive a top secret security clearance from the FBI -- but it appalls many retired military, national security, and diplomatic officials who served in high positions under both Republican and Democratic presidents.

Why don't more ex-officials speak up? It is simple patriotism to forewarn the American people about the gathering storms of military interventions. We are fortunate that a few patriots -- such as retired colonels Larry Wilkerson and Andrew Bacevich -- stand tall and speak out about the unwarranted or unwise use of military force. But where are James Baker, Brent Scowcroft, Colin Powell, and a slew of former Obama administration officials who are silently tearing their hair out over the daily news reports?

There is a strange tradition in our country of former public officials shutting up when they shouldn't.

I call this tradition an indulgence America cannot afford. Our country needs former public officials to stand up and speak out. Barack Obama, Joe Biden, and the dozens of former cabinet and sub-cabinet Senate confirmed government officials need to publicly challenge the Trump's autocratic attacks on proven practices benefiting people under the rule of law. Our country is seeing rollbacks of rights and protections while the rich and powerful play with its seized riches and misappropriated delegated powers, which belong to the sovereign people.

Recently David Shulkin, the fired head of the Veterans Administration, took Trump to task on TV and in an op-ed in the New York Times. There have been other modest displays of resistance to some of Trump's depredations by some ex-officials. By and large, however, the widespread silence among them is shameful. Former leaders should know better. Whether they retire, resign, or are fired from their positions, these experienced and aghast Americans dwell in a self-imposed state of vanguishment.

I call on them -- mostly well-off with available time -- to return to the fray and band together on the matters related to their knowhow and knowwho. Taxpayers have invested much in their shelved expertise and judgment.

Call them ex-Obamaites and reformed ex-Trumpsters. They can raise funds to open full-time advocacy offices in Washington that reach out to the country. Trump is wreaking havoc on the American people as workers, consumers, buyers of medicine, breathers of air and drinkers of water, as taxpayers against waste and spreading corruption, and as children in serious need. These outrages must be counteracted by people who can get their calls returned, get on the mass media, and mobilize the caring public into sturdy citizen challengers of our hijacked federal government before the November elections.

This entreaty is to people who need no mind-changing about the Trump regime. They know what is happening, where the destructive trajectories are heading, and dislike it intensely. I've heard enough about their expressions of private dread to urge former public servants to stand up for their country's well-being -- nothing less is at stake!

Democracies die in many ways. But in the 19th century, political philosopher John Stuart Mill delivered a warning for the ages, "Bad men need nothing more to compass their ends, than that good men should look on and do nothing."

If any retired high officials wish to discuss the above plea on my weekly radio show, please use the contact sheet provided on the website.

Related Topic(s): Corruption; Donald Trump Versus The Constitution; Government; Republican; Violence, Add Tags
Add to My Group(s)
Go To Commenting
The views expressed herein are the sole responsibility of the author and do not necessarily reflect those of this website or its editors.