From Trump's "election integrity" commission to Mitch McConnell, the GOP targets the levers of power. 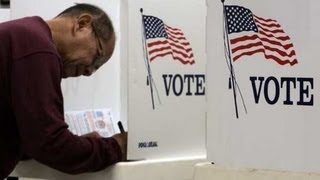 The Republican Party's efforts to disrupt voting and thwart representative government was on full display this past week, when despite ridicule in the press, the GOP's leading proponents of undermining voters and rigging elections were unbowed and forged ahead.

First came Kris Kobach's willfully incorrect -- but headline-grabbing -- accusation on Breitbart.com that more than 5,000 people illegally voted last fall in New Hampshire, delivering an Electoral College majority to Hillary Clinton and a U.S. senate seat to a Democrat. Kobach, an attorney whose anti-immigrant activism launched his career, is the Kansas secretary of state, a current gubernatorial candidate, and co-chair of President Trump's Orwellian-titled "election integrity" commission. Kobach was caught mangling some Republican-produced data about New Hampshire college students who were perfectly legal voters to make his false claim about presumed Democrats voting illegally.

Kobach's antipathy toward non-natives voting is nothing new. He has been repeatedly sued in Kansas over adding qualifications to the state voter registration form, including targeting out-of-staters who have moved there. That creates new barriers to vote in local and state elections. Kobach's anti-democratic partisanship was in sync with another clumsy display this week from another outspoken voter suppressor on Trump's election panel, Hans von Spakovsky. Now at The Heritge Foundation, von Spakovsky led the second Bush administration's voter fraud crusade at the Justice Department, and was caught lying about his email lobbying to keep Democrats from being on Trump's panel.

Trump's election commission keeps getting clownish grades for its antics. This week's New Hampshire field hearing invited only white men to testify, prompting ridicule. Members were caught communicating via private emails for official business -- the same thing right-wingers went crazy about when Hillary Clinton did it. But Kobach didn't backtrack on his voter fraud claims and von Spakovsky didn't resign. No, they forged ahead with the panel's real goal: to impede any citizen who doesn't support the GOP from voting, even as fellow panel members publicly chastised them for it.

That brings us to this week's most notorious witness who testified before the panel in a New Hampshire field hearing. In recent years, John Lott has made more of a name as a firearms fanatic than as a voting rights crusader. But he testified that anyone registering to vote should undergo the same background checks as are needed to get a firearms permit. That too, was ridiculed in the press as a false equivalency, because the legal requirements to be an eligible voter are not the same as for being a gun owner.

However, what nobody mentioned in news reports was perhaps the most salient detail about Lott's proposal that would appeal to Republican vote suppressors. Gun licenses aren't issued to people with criminal records, which if applied to voting, could greatly expand today's current landscape of felon disenfranchisement. In Virginia, Democratic Gov. Terry McAuliffe has been fighting with the GOP and its red-led legislature over McAuliffe's efforts to restore voting rights to nearly 200,000 ex-felons who completed their sentences, probation and parole. In Florida, a state that permanently bans former felons from voting, an estimated 10 percent of the state's residents -- 1.6 million people -- have lost their voting rights this way.

It's easy enough to be dismissive of Kobach, von Spakovsky and Lott, but they are playing a very serious game, burrowing into the fine print and corners of the voting process to find and exploit ways to rig the rules. You may say there's nothing new about such partisanship; that's politics. But the harm this ilk poses to representative government and the stakes for citizens are enormous.

Yet another example this week showed that the GOP is willing to rewrite the rules when it comes to the democratic process, if that's what it takes for them to win. Senate Majority Leader Mitch McConnell said he wants to end a process where home-state senators must approve any federal judicial nominee in their state. Blue state senators have been opposing Trump's nomination of right-wingers to lifetime appointments.

McConnell blocked President Obama's final U.S. Supreme Court nomination, and stalled Senate action on federal appeals and district court seats -- hoping a Republican victory last November would result in a federal judiciary turning toward the right for decades. Currently, there are 144 federal court vacancies. In this case, McConnell is trying to press the Senate Judiciary Committee Chairman, Iowa's Charles Grassley, to end the so-called "blue slip" practice, where home state senators can veto nominations. Yet again, the GOP is willing to put party before country to win and exercise power.

Steven Rosenfeld  covers democracy issues for AlterNet. He is a longtime print and broadcast journalist and has reported for National Public Radio, Monitor Radio, Marketplace,  TomPaine.com  and many newspapers. (more...)
Related Topic(s): McConnell; Republican; Vote Suppression; Voter Disenfranchisement, Add Tags
Add to My Group(s)
Go To Commenting
The views expressed herein are the sole responsibility of the author and do not necessarily reflect those of this website or its editors.