Is the end of life on Earth closer than we think? The Doomsday Clock of the Bulletin of the Atomic Sciences is precariously lodged at two minutes until midnight (with a new announcement set for Tuesday), symbolizing the ominous likelihood of a man-made global catastrophe. How can the world we live in survive the existential threats looming over us?

The survival of life on our planet is in question, and it could be sooner than we are willing to acknowledge. It feels as if humankind doesn't take seriously the peril the Earth faces. The biggest existential threats to life on this planet can be boiled down to two: weapons of mass destructive and world climate change. Either one can destroy life on Earth.

Nine countries have nuclear weapons: The United States., Russia, France, the United Kingdom, Israel, North Korea, China, India and Pakistan. Think about that. North Korea is unstable, India and Pakistan are arch-enemies, and Israel is hated by its neighbors. Russia and the U.S. each have more than 1,000 strategic nuclear warheads. Terrorist groups could get ahold of these weapons, and nuclear disarmament talks are frozen. What could go wrong?

It shouldn't be hard to see how humanity faces a shaky and tenuous chance of surviving the perils we face. If a nuclear weapon is used, the likelihood of other countries doing the same is increased. The environmental damage just one nuclear bomb can unleash is staggering to think about. The radiation could adversely affect nearly all humans and most living creatures on Earth.

An atomic bomb, of course, has been used before. The United States used two on Japan at the end of World War II. The result was catastrophic for Hiroshima and Nagasaki and surrounding areas in Japan. Fortunately, back then there were no other countries able to retaliate and escalate the conflict. But now there is. And the size of some of today's nuclear weapons are more than 3,000 times that of those that were used in 1945, according to a Popular Mechanics article in 2016.

Do we fully understand the danger our planet faces from a nuclear war today? It should be clear to all the existential threat from these horrible weapons. Yet there is no urgency to eliminate or reduce nuclear disaster. Nuclear bombs threaten life on Earth and could be used at any time by an angry leader, a terrorist group, or a nuclear power feeling threatened by another. Where is the motivation to take on this existential threat? 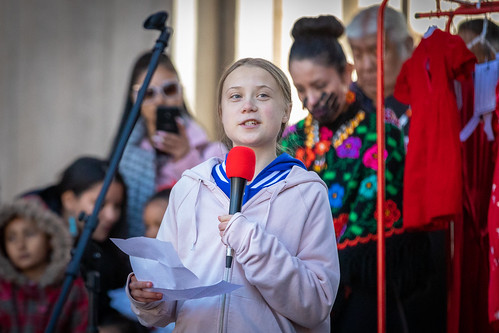 Despite the denials of the American president and his political party, scientists have made a solid case that climate change is real, and in large part caused by human activity. "'Scientific evidence for warming of the climate system is unequivocal," reports the U.N.'s Intergovernmental Panel on Climate Change. Indeed, ninety-seven percent of climate scientists agree that climate-warming trends over the past century are extremely likely due to human activities,.

What does that mean for life on this planet? The evidence shows that global temperatures are rising, oceans are warming, sea levels are rising, glaciers are retreating, snow cover is decreasing, extreme weather events are much more common, and other life-threatening conditions. After more than a century and a half of industrialization, deforestation, and large-scale agriculture, quantities of greenhouse gases in the atmosphere have risen to record levels not seen in three million years.

Six top climate scientists, wrote in the November, 2010 issue of the journal Nature that climate change "is an existential threat to civilization. No amount of economic cost/benefit analysis is going to help us. We need to change our approach to the climate problem."

Despite all this evidence, the world is not acting as if climate change is an existential threat. Powerful people, among them billionaires, big corporations, and the fossil fuel industry, all with short-term economic interests, lobby furiously against tackling the risk we face.

17-year-old Swedish activist Greta Thunberg, speaking before the U.N. Climate Action Summit last September, warned world leaders: "People are dying. Entire ecosystems are collapsing. We are in the beginning of a mass extinction. And all you can talk about is money and fairytales of eternal economic growth. How dare you!"

Yes, how dare we. Two different life-ending catastrophic possibilities, one that can happen at any time, and one steadily unfolding. Whether life on Earth will survive these threats is in serious question, and the longer we wait for magic solutions, our long-term prospects of life on Earth are in question.

Related Topic(s): Climate; Climate Change; Disarmament; Doomsday Clock; Greta Thunberg; Nuclear Weapons; Weapons, Add Tags
Add to My Group(s)
Go To Commenting
The views expressed herein are the sole responsibility of the author and do not necessarily reflect those of this website or its editors.