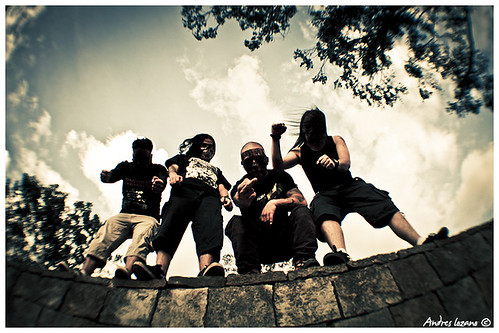 There once was a world where state actors operated in an anarchic international environment, where maximizing their overall power was their goal, and war was their means of achieving it. That world is now dead. In its place we have the current spectacle of what were known as the "great powers" who are now, at least, formally if by no means fully, democratic and economically interdependent on one another and informally, if firmly, coordinated by transnational elites.

However, lest we be confused by their seeming historical similarities, this situation is very different than the one the world found itself in during the last quarter of the nineteenth century and early twentieth centuries. Then, the world was both far from being even formally democratic and world capitalist elites were only beginning to form and more importantly were locked in lethal competition with older more parochial elites representing the still powerful aristocracies, militaries and agrarian concerns. For anyone who might want to learn more, Arno J Mayer's classic The Persistence of the Old Regime is an excellent guide to this period.

Although much has been written about the "democratic peace", a doctrine at least as old as Thomas Paine and Immanuel Kant, we might wonder how much the current era also known as the "long peace" is a product of an increase in the total number of democratic or semi-democratic states, especially the most powerful ones or is rather the semi-surreptitious erection of an overarching system of global elites united by their global economic interests and disciplined by the military/state security apparatus of their universal pay master or locus primaria: the United States.

After the classical world of power politics gasped its last (1945), the United States found itself in an unprecedented world historical situation: it could mold, coerce, cajole, and most importantly penetrate an exhausted world economically, militarily, politically, and culturally. This it did with unexampled speed and skill relying in part on its aura of victory over Fascism. It built both visible and, most importantly, invisible bonds to its long term interests which both quickly and over time also became the core interests of its new client states and their local/"national" elites.

The second phase of American Hegemonic Expansion occurred throughout what was known then as the "second" and "third" worlds; the communist and non-aligned states. Through a careful policy of coercion and corruption (the use of criminal organizations often went hand in hand with the use of security forces) the United States was able to convince and ultimately co-opt much of the world's remaining elites in their lucrative and superficially attractive skein of capitalist production and consumption and cosmetic democracy. It was and is the world's most effective formula for world domination to have ever been devised. It is the very life-blood of Pax Americana.

Interestingly, and not surprisingly, the regions of the world that are not under firm American Hegemony such as some parts of the Middle East and Sub-Saharan Africa are the locations of the most violent conflicts. In part, these regions are still operating under the old Hobbesian conditions of anarchy and war. They either "suffer" from not being of sufficient interest to Superpower or are locally too costly to integrate into the world system at present. This of course could change at any moment when and if transnational elites hit upon novel ways of making these "war-torn" countries of benefit to themselves. The historical record says they, ultimately, surely will.

Thus, unlike the nineteenth century, the world system is far more stable under a tightly knit regime of interdependent elites dedicated to the pursuit of their own personal interests which are well served by their collective organization by Superpower or Empire. Ancient anarchy has been therefore drained from the international system, and as Negri and Hardt have pointed out in their books on Empire all conflict within the system is more of a local civil war rather than an ultimate challenge to the whole system. It should not be totally surprising that the current international system represents the ever increasing homogenization of the interests of a group of people since the world is both materially and culturally expressed in the power of a Hegemon.

American hegemony reproduced itself through the expert use and production of Baconian power and knowledge (and some geographic and historical luck). It is a totality that came of age when the old elites (remnants of the feudal ages) were militarily eliminated and new elites (primarily communist and nationalist and oftentimes both) were unable to be successfully born.

In a world of mass surveillance, hegemonic power, elite interdependence, sophisticated consumption, and democratic ideology; what contradictions, if any, could liberate humankind from the sweet bondage of ever growing economic prosperity and, at least for the Great Powers, international peace through the solidification of the directory of the Great Global Class of the Twenty-First Century?

Related Topic(s): Anarchy Anarchism; Class War; Democracy; Global Arms Race; Global Elite; Global Engagement Center; Globalism; Globalization; Surveillance, Add Tags
Add to My Group(s)
Go To Commenting
The views expressed herein are the sole responsibility of the author and do not necessarily reflect those of this website or its editors.

Alien Invaders and the Ethic of the Earth

The Metaphysics of Revolution

Are We Fascist Yet?

The End of Anarchy and The Solidification of the Global Class