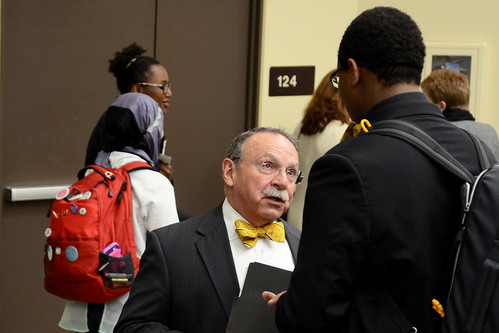 I'm about to discuss race in a way I'd likely never do to anyone's face. I'm going to try and make my private thoughts more public in the hopes that we can better understand one another. The intended audience is, of course, one that shares my goal of mutual respect and understanding. I am probably going to let some of my imperfections, known or unknown, show through this writing, because I am choosing to be honest, and a sort of awkward vulnerability comes with the territory... bear that in mind.

To begin - I am a white male. Where I grew up I was exposed to an insidious kind of racism, hidden in plain sight you could say, though not really all that hidden. Most of us were white and there weren't really many blacks nearby to intercept the negative tone taken towards them. Though I never witnessed overt racial violence in my hometown like you see in the news, I do recall students from my high school being hostile towards people of color in general despite the curriculum's attempts to allay that attitude using tools like Black History Month, etc. Some students would complain about it but not me, because from an early age, I was engrossed with world geography and by extension the fascinating cultures of the world. Other kinds of people, those different from me, I took interest in them rather than become wary of them. I reacted with disgust when hearing classmates use the phrase "white power" or the n-word, or make references to racial stereotypes. Those students were a fraction of the student body, but even within the majority there seemed a general racial and cultural ignorance and an apathy towards all things outside the white, American purview. I wanted to get the heck out of there and I wasn't even black, so I imagine it must have been hard for any person of color to feel welcome given the local attitude.

The reason I told you all of this is that I want to acknowledge that varying degrees of racial tension still exist in the United States. Some may have witnessed less or none, while some may have witnessed much more than I did. It's possible there are Americans who have grown up in more inclusive communities that never had a chance to witness any racial problems firsthand. Or, if they did, they didn't understand what was taking place. They have a difficult time, I assume, swallowing the idea that even after the election of our first black President of the United States, racism can still be such a pervasive issue. I don't - and that's why I wish I could remove the blinders some people are wearing.

I suspect one of the obstacles may be that people often have a strong sense of loyalty to those who have a similar cultural or geographical background to themselves. Loyalty tends to be a more deeply held value in conservatives than in liberals according to the research of social psychologist Jonathan Haidt, and the appeal to loyalty can often color the language of election campaigns by Republican candidates. To admit - as a white person - that other white people have a problem with racist attitudes might somehow feel disloyal to one's people. Loyalty is not, of course, an exclusive trait of white people, or conservatives, one cinematic example being in the 2007 film The Freedom Writers. The teenage character Eva Benitez (April Hernandez) is pressured from within the Latino community to falsely testify that a black classmate was responsible for a deadly shooting, in order to hide the fact that a Latino was responsible. Loyalty can take the form of "protecting one's own" from perceived outsiders and may be rooted in evolutionary biology, according to Haidt, because contact with outside groups sometimes resulted in the exposure to deadly new pathogens, such as the Native Americans vs. European-derived smallpox.

I myself wasn't so concerned with racial loyalty, and in fact, had some degree of white guilt as you might call it. Even so, in recent years I've begun to shrink away from incendiary generalizations I once thought were okay - as long as they were only used about white people. I've heard many justifications for the double standard, some worth hearing out, but I'm not going to outline them here.

In my own observation, "white people this, white people that" rhetoric seems to truly be backfiring and contributing to a tribalistic discourse both online and in real life. Take heed that I am not just saying that white feelings may be hurt - I am proposing that the way racial issues are being framed on newsfeeds and comments sections online is counterproductive and probably hurting everyone. This is because although I support the 1st ammendment, I also believe in diplomacy. The 1st ammendment protects your right to express rage, but as you know, building better relationships will require us to find some common ground, which more often than not is hindered, not helped, by making sweeping generalizations about one another. Even if it sounds "whitesplainy" because it's coming from a white person, I feel like most of us reach that conclusion.

I do insist that we call people out for doing things that are criminal, discriminatory, or insensitive - while we must also be mindful of the collateral damage we cause when we carpet bomb the internet with phrases that depict an entire race as despotic and evil. As if, incontrovertably, if you're born white, you grow up to oppress people. As if white newborns are already oppressing black newborns in hospitals as we speak. Perhaps, "white people are evil" rolls off the tongue, but what most of us would really mean is that some "evil" people are white. As delusional as I might sound, I actually think that nuance makes a big difference. All I'm asking is for you to think about it, that's all.

With all that said, I feel like I should overview some of the burdens borne by blacks largely due to the systemic oppression of the international ruling class, which has been disproportionately white up until modern day.

● I believe much of written history, perhaps all the way back to the ancient Egyptians, was whitewashed and revised in order to rob the African diaspora of their heritage and pride while helping the white folk to feel ethnically and intellectually superior.

● I believe there is truth in new research suggesting that traumatic experiences may be codified into one's DNA and passed on to future generations, including that passed on by former slaves. The theory we all begin life as a blank slate has eroded considerably.

● I believe black people have been subjected to inhumane experiments for scientific and medical research, such as the infamous declassified Tuskegee experiment, and the common practice of carrying out drug safety trials on unwitting Africans in developing nations. The fact that HIV/AIDS was initially viewed as an African (or gay) problem may have hindered it from receiving the widespread attention it deserved during the first outbreaks.

● I believe drug cartels deliberately saturated black neighborhoods with crack cocaine in order to undermine their community and keep them in poverty. Evidence exists that the criminalization of recreational marijuana use was, in part, an excuse to convict activists and minorities.

● I believe blacks are incarcerated at a mind-boggling rate, often for crimes they did not commit lacking the adequate legal representation, and that for-profit prison systems which make use of de facto slave labor are incentivized to keep prisons full. Once released, it becomes hard to find gainful employment and thus often creates a vicious cycle in and out of the prison system.

● I believe in general, depending a bit on where you live, whiteness is an advantage when competing for jobs or applying for housing in The United States, though with my recurrent unemployment I did not explicitly perceive any advantage to myself personally. To many whites, this could be invisible, because you often can't recognise privilege unless it's taken from you.

This in addition to the police brutality you have heard about recently erupting across the nation in response to protests. What I'm trying to show (and I'm not asking for a prize) is that even though I can never live the firsthand experience of a black person in America, I've tried real hard to educate myself on their plight. It bothers me to hear that some on the far-right act as though racism is ancient history to be forgotten. I'm all for forgiveness, but you can't forgive things when they are in the middle of still going on.

Brian writes about topics which matter most to him including sociopolitical issues, health, and culture. His dream is freedom for everyone. He hails from New Jersey and New York and now resides abroad.
Related Topic(s): Community; Experience; Inequality; Loyalty; Peace; People; People; Privilege; Race; Race African American Black Negro; (more...) Race Baiting; Racism; Thinking; Whiteness, Add Tags  (less...)
Add to My Group(s)
Go To Commenting
The views expressed herein are the sole responsibility of the author and do not necessarily reflect those of this website or its editors.

The Discussion About Race I've Been Too Awkward To Have