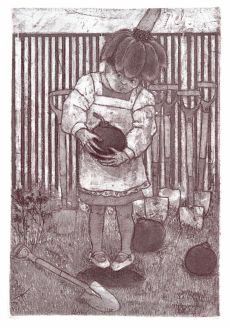 What Will Trump Leave Behind of America
(Image by Akemi Ohira)   Details   DMCA
Whether indicted or defeated, who among us believes Trump will honor America's electoral Exceptionalsim: the peaceful transfer of power?

Then, what do we do with a president who twisted his oath of office into preserving white supremacy, protecting the wealthiest three families now owning more wealth than the bottom half of the country and defending a Soviet KGB Putin's constituting a new Russia?

When will Democratic candidates accept, that while Bevin's anti-teacher attacks and Trump's impeachable offences contributed to GOP defeat, it was Obama's ACA that tipped Kentucky State House Blue?

Where can decent patriotic Americans find Lincoln in a party of Senators like Rand Paul, Lindsey Graham and Louisiana's John Kennedy preserving, protecting and defending not America with the truth that sets us free but a president they know to be guilty of high crimes and misdemeanors?

Why are, Liberal and Independent voters not electing to progressively bridge the gap between each other, non-voters and civil and full citizenship rights of gender equality for all females, as the prudent and balanced forward vision for a nation wounded by addiction to over consumerism, trivial pursuits and simple solutions to complex challenges?

How else will we recover and thrive in unity after the divisiveness of state governments not understanding the necessity of common cause and a national government manipulating those stuck in 20th century myths to benefit 21st century political power plays, aiding and abetting an out-of-control president incapable of caring about those who voted for him and of understanding the office to which he was elected?

Nonetheless, our 2020 election is not just about Trump, for Right Wing Racists are challenging democracy and threatening innocents around the world, but we must clean our own house before future victory is washed away by past sins against humanity.

It's about missing what is truly happening to the courage that founded a, Home of the Brave aspiration being usurped by talking points propaganda: denying children vaccine protections - plummeting reading, math and science scores; teens bullied to death; others hooked on Opioids and vaping believing systemic false advertising while we preach we are the best in a world simultaneously melting and drowning in our denial.

Even the life expectancy of Americans, like our international standing has been trending downwards since Trump announced his candidacy June 16, 2015.

It's not just the, no matter what Trumpers, but the Never Trump Conservatives denying Trump is the GOP, who've stained, America the Beautiful. So, let's cease and desist with Civil War reruns expecting America wins.

40% of Americans have elected 100% of us into the harm's way of greed so overpowering, that those it consumes would rather grant someone who is not of sound mind, control of massive nuclear destruction power - making us puppets of a vicious anti-humane foreign power - than admit there's far less semblance of courage, character, Constitutional respect or working knowledge of governance in the Trump/Pence Administration, than in Mark Zuckerberg's brand of profitable, Free speech.

We need learn the lessons found in striking West Virginia Teachers that inspired a nation of teachers, students and parents to say, this far but no farther to Corporatism - galvanized, in the realization that not all, in The Land of the Free, have the freedom to freely travel the discriminating freeway of, Free Enterprise.

We need a new birth, no a new burst of freedom to set us free from the shackles of those who would impose a trumped America on us, no matter the cost to our children's life, liberty and the pursuit of happiness.

Yet, it's not just mesmerized voters trotting along, eyes averted like non-voters, by myopic media fueling on Saudi Arabian infested Tweets, Billionaire come-lately and Russian Facebook Trolls. It's about allowing reason to fall victim to rhetoric of Right-Wing extremists cheer leading a president mentally, psychologically and morally too akin to past demagogues and present despots.

So, dare we ask? As people and nation, what kind of country do we want to be, and what kind of people do we have to be, and elect, to make it so for our 2020 votes are the answer.