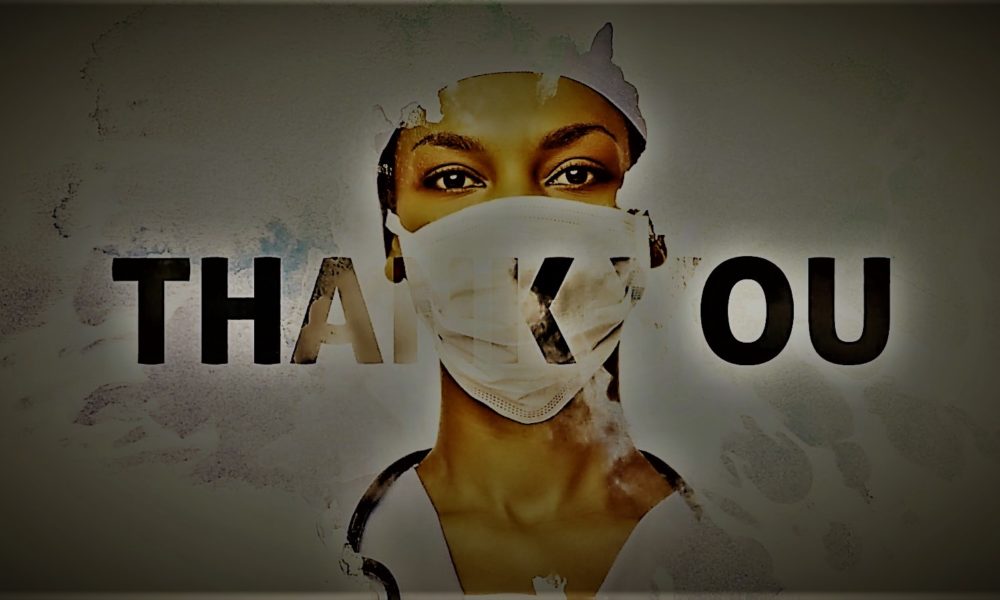 We have all likely seen or heard the commercials. They typically start with slow music and maybe a nice sunrise. The ads then give lip service to the "strange and uncertain" times in which we're living. But never fear, your savior is here: some large corporation wants to let you know that they are "here for us." Do not worry, even after the pandemic is over, they will still be "here for us." This touching treacle would be incomplete without a nod to the "healthcare heroes" continuing to fight during this pandemic. It just touches your heart, doesn't it? But the eerily similarity of many of the commercials is a bit "off putting." It is almost as if there is a propaganda campaign designed to exploit our worry and vulnerability during the global pandemic.

The Field of Public Relations

Exploring the field of public relations is helpful when examining the recent flood of sentimental adverts. Edward Bernays, Sigmund Freud's nephew, is universally known as the "father of public relations." In the 1920s he pioneered the technique of shaping and manipulating public opinion, which he called "engineering consent." In his influential 1928 book Propaganda, Bernays highlights the need to utilize people's emotions to steer public opinion. He states:

"The conscious and intelligent manipulation of the organized habits and opinions of the masses is an important element in the democratic society. Those who manipulate this unseen mechanism of society constitute an invisible government which is the true ruling power of the country."

Bernays highlights the need for corporations to shape and manipulate public opinion as a business practice. He discusses how businesses benefit from presenting themselves as being of the general community, creating a perception of a "personality" stating:

"Even in a basic sense, business is becoming dependent on public opinion [...] Business must express itself and its entire corporate existence so that the public will understand and accept it. It must dramatize its personality and interpret its objectives in every particular in which it comes into contact with the community (or nation) of which it is a part."

Knowing this history, it is no wonder that corporations are running ad campaigns of this sort at this particular juncture. A pandemic is as good a time as any to manipulate public opinion. While people's lives are uncertain, as they are losing loved ones to disease and concerned about every day survival, institutions have exploited this crisis to try to better their image.

Institutions are spending millions of dollars on ad campaigns to "thank" either their particular essential workers, or the broad set of workers deemed "essential," without actually doing anything to tangibly benefit the material conditions of workers. Let's be straight here: these large institutions do not actually care about the health and well-being of the workers identified in their ads. Resources are not being spent to meet the needs of workers and communities, they are being used to create an image of caring in the public consciousness. This is invaluable to the corporations, as the image they work to create now will continue in the public mind long after the pandemic. Their hope is that their manipulative advertisements will build positive brand recognition down the line.

In ad after ad, companies claim they are "here for us during the pandemic," but what does that phrase even mean? What have these companies done to actually protect their employees? The answer is: nowhere near enough. We see, across the country, that the same corporations that are claiming to "be here for us" are putting their employees at risk through unsafe work conditions and mass lay-offs. While companies publicly pat themselves on the back for supporting the "heroes" on the front-line, they are privately making a killing off of this pandemic through, among other things, price hikes on necessary medical equipment.

Today, on May 1, essential workers around the country will be participating in an historic strike to demand the safer working conditions that their companies have still refused to provide. Amazon, Whole Foods, Target, and Instacart workers will all be participating. Demands vary, but typically include bare minimum asks like hazard pay and protective equipment for working. One would think that these would already have been provided by companies that care so much about their employees. It is appalling that a company such as Amazon run by the richest man in the world with a net worth of over $100 billion has been unable to provide these conditions for workers.

If these large corporations wanted to be "here for us" during the pandemic, they would have no problem providing adequate protective equipment for workers and shutting down infected worksites, two measures that would allow employees to protect themselves, their families, and the general public from the coronavirus. Amazon and Whole Foods would have no problem heeding worker demands to cut shipping quotas that force workers to overexpose themselves during a pandemic. Meat packing plants which have turned into viral incubators during this pandemic would have no problem ensuring adequate protection, testing, treatment, or even closing down if necessary to protect their workers and the general public.

Yet, up to this point, these companies have been unable and unwilling to heed worker demands. The executives that run these companies do not actually care about employee or community health. They only care about the perpetual flow of profits during and after the pandemic. Maintaining a good public image contributes to this bottom line. Within an economic system that puts profit above all else, it is no surprise that we have seen billionaires' net worth increase during this pandemic: they continue to exploit their workers, endangering them and the general public, while running warm and fuzzy ads thanking workers as "heroes."

Others Want in On the Action

The cynical ploy of exploiting people's compassion and empathy during a pandemic has not been limited to the corporate elite. Other murderous institutions have also made sure to capitalize: enter the police and the military industrial complex.

As a healthcare worker myself, I recently received notice that the New York Police Department (NYPD) wanted to participate in a rally outside our hospital to blare their sirens to "thank essential workers" for all that we are doing to fight the pandemic. The NYPD is an institution that continues to terrorize the general public and continues to threaten the health of the patients I work with every day. Now, they are asking to participate in thanking essential workers for their service. These essential workers, particularly those of color, are the same ones that the racist institution of policing threatens on a daily basis.

The NYPD, just like the large corporations, sees this pandemic as an opportunity to polish its public image. The hope is that placing officers outside hospitals or healthcare institutions, clapping and blaring their sirens, will present the institution's "personality," to use Bernays' words, as one that is helpful, grateful, and compassionate. The hope is that some well-placed propaganda will help the public forget about the NYPD's racist, murderous past and present.

Mike Pappas  is an activist and medical doctor working in New York City.

Related Topic(s): Bombing; Corporations; Health; Manipulate; Military; Pandemic; Police; Propaganda; Propaganda And Political Myths; Public; (more...) Sanctions; Workers, Add Tags  (less...)
Add to My Group(s)
Go To Commenting
The views expressed herein are the sole responsibility of the author and do not necessarily reflect those of this website or its editors.

The Art of Exploiting a Pandemic: From Propaganda to Profit