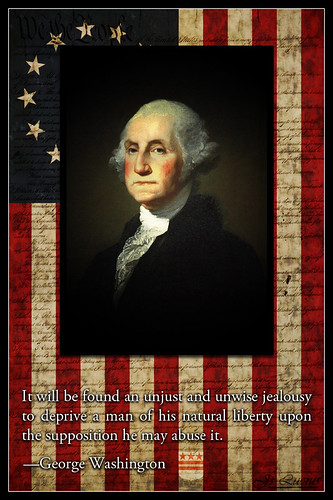 One of Donald Trump's efforts to restructure, or maybe de-structure, the U.S. was the establishment of a 1776 Commission. Its job was to recast American history in an extravagantly patriotic fashion so as to assert U.S. exceptionalism. There is a Platonic correlate to this: the ideal is more real than the actual. Thus, ideals laid down in the nation's founding documents are presented as more real, more instructive, than actual policies of U.S. national and state governments, and the behavior of their citizens.

The actual Donald Trump, of course, does not care about history, of which he knows little. Maybe that is why he did not bother to put any professional historians of U.S. history on the commission. But as president, he knew who his allies were, and if they wanted to prioritize myth and canonize ideals, it was all right with him. And so the major premise of the 1776 Report is that the United States was founded upon, and remains an expression of, "universal and eternal principles." For instance, the Declaration of Independence's assertion "that all men are created equal, that they are endowed by their Creator with certain unalienable Rights, that among these are Life, Liberty and the pursuit of Happiness" would be one such.

As far as the report's authors are concerned, these basic yet universal "founding principles" of the nation should be front and center in the teaching of national history. The authors are angered by the fact that, in their eyes, this is not being done. Quite the opposite. They believe that what is being taught are the shortfalls from such eternal ideals. How is that a problem? Well, to dwell on the actual, inequitable and often unjust national behavior of Americans is to undermine the unity of the nation and bring low its image. And, for the 1776 Report authors, that is not what education is all about.

The authors of the 1776 Report believe that "the primary duties of schools are twofold: 1. teach students "practical wisdom." That is, teach "the basic skills needed to function in society, such as reading, writing, and mathematics." In other words, education should prepare the student for the job market. This has actually been a recognized goal of schooling since children ceased following in the careers of their parents and home-learned skills consequently no longer sufficed.

Then there is the other "essential" goal of schools: 2. the passing on of "transcendent knowledge." This too is a
long-recognized goal which, the report says, was endorsed by the founding fathers of the nation. "Educators must convey a sense of enlightened patriotism that equips each generation with a knowledge of America's founding principles, a deep reverence for their liberties, and a profound love of their country." Put the two educational goals together and you get the transmission of "transcendent knowledge and practical wisdom that had been passed down for generations and which aimed to develop the character and intellect of the student."

For the authors, all of this sums to nothing less than "teaching the truth about America." To be clear, the authors of the report do not want us to so much ignore "the faults of our past" as to "stand up to the petty tyrants in every sphere who demand that we speak only of America's sins while denying her greatness." It should be noted that the authors do not address the problem that for those born and bred in poverty, say either in Harlem or Appalachia, the nation's greatness might not be so real.

The report's repeated use of the words "universal and eternal," along with "transcendent," in describing the founding documents of the United States, transforms those documents into sacred texts existing beyond critique. To use such "eternal" references as teaching points -- as necessary attributes of what is really "true" about the United States -- is to trade history for a semi-religious faith. Granted, this sort of substitution is not original to American conservatives. However, in this case, one gets a strong impression upon reading the 1776 Report that the hidden message is the cultural and religious superiority of a white Christian version of America.

You don't have to be a professional historian to recognize that there is no perfection in human history, America's or anybody else's. There are no eternal and universal tenets, either, when seen in the light of actual historical events. For example, the alleged "eternal and universal" rights to "liberty and happiness" had not been recognized, at least not formally, in thousands of years of human history prior to 1776, and even then, in the emerging United States, they proved immediately unachievable.

As the report concedes, the "eternal" principle cited above from the Declaration of Independence had to be set aside in 1776 just to keep the 13 confederated American states together. That was done specifically in reference to slavery. The founding fathers were able to find the necessary escape clause in another, more pragmatic, but still semi-sacred principle that the government should be based on the consent of the governed. It turned out that a lot of the (white) governed favored slavery

Related Topic(s): 1776; America; Education; History; Immigrants; Trump, Add Tags
Add to My Group(s)
Go To Commenting
The views expressed herein are the sole responsibility of the author and do not necessarily reflect those of this website or its editors.