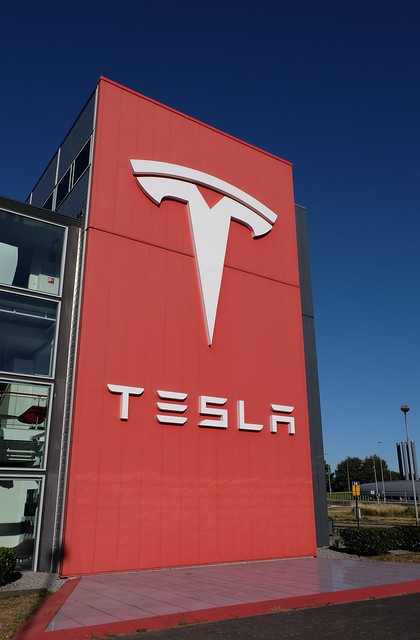 Tesla, the upstart American electric car company, should buy the Ford Motor Company, America's oldest automobile manufacturer. Tesla is now valued at an astounding $140 billion, while Ford's market value is only $20 billion. Ford lost $2 billion during the first quarter of 2020 while Tesla eked out a small profit of $16 million during the same period.

Ford's sales were $155 billion in 2019, while Tesla's were $25 billion. Tesla can issue more stock and buy Ford without any cash.

The entire auto industry, with the exception of Tesla, is in a major slump. That is why Ford is selling for $5 a share, less than half of what it was selling for a year ago. However, Ford is not going out of businessit has $30 billion in the bank, more cash than its market value. Tesla has a mere $7 billion in cash.

Tesla should buy Ford because it is a bargain. Ford also has factories around the U.S. and around the world that Tesla could use to build more cars and trucks. Ford has been the largest truck manufacturer in the United States for more than 40 years.

Tesla has captured two-thirds of the electric car market in the United States. The Tesla Model 3 was the third best-selling car in Europe in December, 2019. In the United States, the Model 3 outsold Ford's popular Mustang during the first quarter of 2020.

Ford has 65 plants worldwide. Tesla currently has only two, one in Fremont, California and one in Shanghai, China. Tesla just bought one square mile of land near Berlin, Germany where it plans to build a new factory, scheduled to open in 2021 to produce cars for the European market.

The Ford-Tesla merger is a match made in heaven because Ford has excess capacity and Tesla needs more factory space. Tesla also could use Ford's sales network, as Tesla does not sell directly in many markets.

Tesla could use the Lincoln car sales network to display, sell and service its vehicles. Many complaints about Tesla involve a lack of service facilities. Tesla and Lincoln are both luxury brands. Tesla can also help Lincoln produce electric vehicles.

Lincoln currently produces no electric vehicles. It is undeniable that electric cars are trucks are the wave of the future. Ford recently cancelled a project with Rivian, another electric vehicle company, to design an electric SUV for Lincoln. Tesla has much more experience than Rivian in making electric vehicles and can easily help Lincoln develop electric car and truck capability.

Tesla has outgrown its factory in Northern California and needs to produce Model 3s and Model Ys in factories on the East Coast or in the Midwest. Ford has excess capacity and can easily produce Teslas in one of its closed or underutilized factories in Michigan, Ohio or Kentucky.

Chairman, Made in the USA Foundation, economist and lawyer, author of ten books and hundreds of articles.
Related Topic(s): 2020; Cars; Design; Experience; Ford Motor Co; Tesla; Value, Add Tags
Add to My Group(s)
Go To Commenting
The views expressed herein are the sole responsibility of the author and do not necessarily reflect those of this website or its editors.