By Norman Solomon and RootsAction 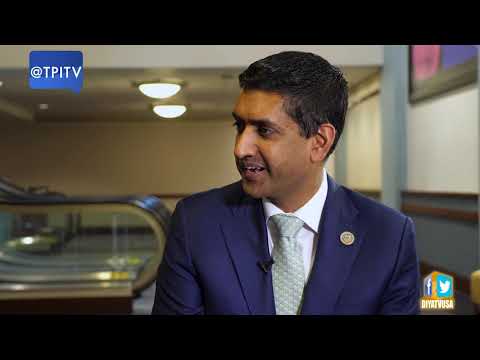 Our victory today was propelled by grassroots support for the strong progressive programs of the Bernie 2020 campaign. At a time when the pandemic has further exposed the terrible injustices of extreme income inequality and the inhumane consequences of profit-driven healthcare, the Sanders agenda is more compelling than ever.

Mindful that old formulas of power politics cannot create a decent society, we began the Ro for Chair campaign less than two weeks ago, shortly after the election of Bernie delegates all over California. In the next eight weeks, during the lead-up and proceedings of the party's national convention, we have an opportunity to reshape the contours of what is perceived as possible for the Democratic Party and the country.

The groundswell of support for Rep. Khanna to lead the largest state delegation to the convention has yielded a bonus -- the additional selection of his House colleague Barbara Lee. Their records in Congress show that they fully recognize the need for a fundamental change in national budget priorities. In tandem with grassroots activism, their leadership of our delegation will help to amplify Senator Sanders's insistence that the government should serve the public interest -- not corporate America, the 1 percent, and the military-industrial complex.

RootsAction.org, Our Revolution and Progressive Democrats of America are the co-sponsors of the national Bernie Delegates Network.

pair of Bay Area representatives is in and Gov. Gavin Newsom is out as California Democrats chose the leaders of their delegation to the Democratic National Convention in August.

Rep. Ro Khanna of Fremont and Rep. Barbara Lee of Oakland will join Los Angeles County Supervisor Hilda Solis as the co-chairs of the 495-member state delegation rather than Newsom, who as California's highest-ranking Democrat would normally lead the state contingent.

Dubbing the proposed co-chairs "California's unity team," Rusty Hicks, chair of the California Democratic Party, told delegates on a Sunday morning dial-in meeting of the delegation that the three "will represent the great diversity of California."

Related Topic(s): Anti-war; Bernie Sanders Followers; Democratic Leadership Council; Democratic National Committee; Khanna-Ro, Add Tags
Add to My Group(s)
Go To Commenting
The views expressed herein are the sole responsibility of the author and do not necessarily reflect those of this website or its editors.