Russia-gate special prosecutor Robert Mueller has turned up the heat on President Trump with the indictment of Trump's former campaign manager for unrelated financial crimes and the disclosure of a guilty plea from a low-level foreign policy adviser for lying to the FBI.

While longtime Republican fixer Paul Manafort, who helped guide Trump's campaign to the GOP nomination in summer 2016, was the big name in the news on Monday, the mainstream media focused more on court documents related to George Papadopoulos, a 30-year-old campaign aide who claims to have heard about Russia possessing Hillary Clinton's emails before they became public on the Internet, mostly via WikiLeaks.

While that would seem to bolster the Russia-gate narrative -- that Russian intelligence "hacked" Democratic emails and President Vladimir Putin ordered the emails be made public to undermine Clinton's campaign -- the evidentiary thread that runs through Papadopoulos's account remains tenuous.

That's in part because his credibility has already been undermined by his guilty plea for lying to the FBI and by the fact that he now has a motive to provide something the prosecutors might want in exchange for leniency. Plus, there is the hearsay and contested quality of Papadopoulos's supposed information, some of which already has turned out to be false.

According to the court documents, Papadopoulos got to know a professor of international relations who claimed to have "substantial connections with Russian government officials," with the professor identified in press reports as Joseph Mifsud, a little-known academic associated with the University of Stirling in Scotland.

The first contact supposedly occurred in mid-March 2016 in Italy, with a second meeting in London on March 24 when the professor purportedly introduced Papadopoulos to a Russian woman whom the young campaign aide believed to be Putin's niece, an assertion that Mueller's investigators determined wasn't true.

Trump, who then was under pressure for not having a foreign policy team, included Papadopoulos as part of a list drawn up to fill that gap, and Papadopoulos participated in a campaign meeting on March 31 in Washington at which he suggested a meeting between Trump and Putin, a prospect that other senior aides reportedly slapped down.

But Papadopoulos continued his outreach to Russia, according to the court documents, which depict the most explosive meeting as an April 26 breakfast in London with the professor (Mifsud) supposedly saying he had been in Moscow and "learned that the Russians had obtained 'dirt' on then-candidate Clinton" and possessed "thousands of emails." Mainstream press accounts concluded that Mifsud must have been referring to the later-released emails. 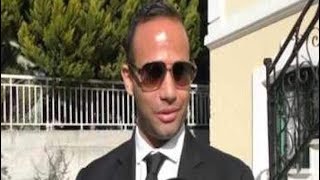 However, Mifsud told The Washington Post in an email last August that he had "absolutely no contact with the Russian government" and described his ties to Russia as strictly in academic fields.

In an interview with the U.K. Daily Telegraph after Monday's disclosures, Mifsud acknowledged meeting with Papadopoulos but disputed the contents of the conversations as cited in the court papers. Specifically, he denied knowing anything about emails containing "dirt" on Clinton and called the claim that he introduced Papadopoulos to a "female Russian national" as a "laughingstock."

According to the Telegraph interview, Mifsud said he tried to put Papadopoulos in touch with experts on the European Union and introduced him to the director of a Russian think tank, the Russian International Affairs Council.

It was the latter contact that the court papers presumably referred to in saying that on May 4, the Russian contact with ties to the foreign ministry wrote to Papadopoulos and Mifsud, reporting that ministry officials were "open for cooperation," a message that Papadopoulos forwarded to a senior campaign official, asking whether the contacts were "something we want to move forward with."

Related Topic(s): Assange; Robert Mueller; Russia And Us Conflict; Russia Investigation; Russiagate; Wikileaks, Add Tags
Add to My Group(s)
Go To Commenting
The views expressed herein are the sole responsibility of the author and do not necessarily reflect those of this website or its editors.