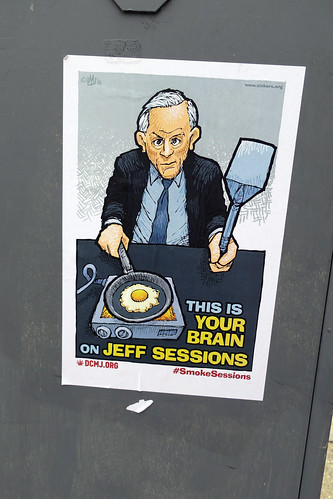 The opioid crisis is in the news today, as the White House Commission on

Combating Drug Addiction and the Opioid Crisis has issued its interim report , with some concerning findings.

The report calls for the declaration of a national emergency, as they've found that the crisis is growing, and the death toll alarming. For instance:

"According to the Centers for Disease Control (CDC), the most recent data estimates that 142

Americans die every day from a drug overdose."

The commission blames a quadrupling of opioid prescriptions since 1999, lack of "special treatment" for those in danger of opioid abuse, the misuse of their prescription opioids by patients, and lack of access to treatment for those with underlying mental illness (the implication being that mental illness increases vulnerability to addiction and abuse).

The report recommends better access to treatment and education for prescribers, with input from the various federal agencies involved with health care (e.g., the NIH - National Institutes of Health, the Institute for Mental Diseases - IMD), as well as greater access to Medicaid for mental health patients. They also ask for better access to, and insurance coverage for, drugs like methadone, and greater availability of naloxone for emergency responders, "a lifesaver that rapidly reverses opioid overdose."

Finally, the commission calls for better funding for law enforcement for the importation of illegal opioids, the adjustment of patient privacy laws to better inform physicians about patients at risk, and mental health care parity.

An article in The Intercept criticizes delays in getting the report out. More important, they point to the mismatch between the commission's recommendations and Trump Administration policies, including budget cuts, Republican attacks on Medicaid, and a failure to hold drug companies accountable.

I would add to that criticism, Attorney General Jeff Sessions' ramping up of the failed War on Drugs, which falsely makes little distinction between cannabis - even as part of state medical programs - and dangerous drugs such as opioids. Time quotes Dr. Donald Abrams, a professor of clinical medicine at the University of California San Francisco on the distinction:

"'No one has died from an overdose of cannabis. There's abundant evidence that it is a useful intervention for chronic pain, and we may see it's useful in harm reduction.'"

So, Sessions' position, clinging to an outdated view of cannabis, performs a double disservice. It wastes law enforcement resources on a substance that is a lesser threat to public health and safety - handing out harsh punishments to its users. Perhaps worse, Sessions approach turns a blind eye to some evidence that cannabis may provide a novel approach to the opioid epidemic, itself.

Related Topic(s): Cannabis; Funding; Health; History; Medicaid; Opioids Narcotics; Overdose; Physicians; Prescriptions; Privacy; (more...) Republican; Sessions-Jefferson, Add Tags  (less...)
Add to My Group(s)
Go To Commenting
The views expressed herein are the sole responsibility of the author and do not necessarily reflect those of this website or its editors.