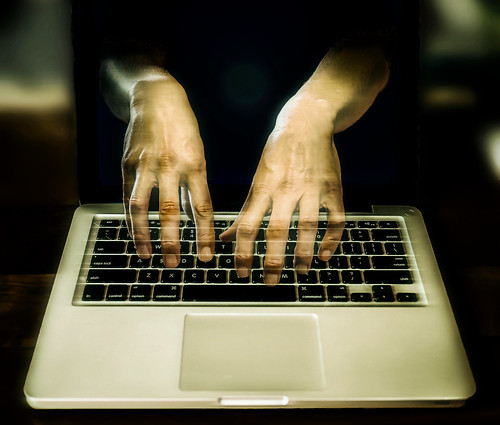 Introductory Disclaimer: I have never voted Republican for Federal office and I deplore most of what Fox News has to offer. I am currently registered Democrat in order to vote in the Presidential primary for either Bernie Sanders or Tulsi Gabbard.

Going on three years ago, on Nov. 12, 2016, my local newspaper, the Frederick News-Post, published my letter that stated: "Hillary Clinton was a terrible candidate. In an effort to deflect attention from the DNC rigging of her primary contest with Bernie Sanders, she resorted to somehow blaming the Russians. This was part of a pathological pattern, whose ultimate purpose was and is to remove the main obstacle (Russia under Putin) to neo-con schemes for global domination."

We do not want to further demonize Russia (or Iran). This is unwarranted and dangerous to human survival. Its purpose is to aggressively assert American Empire against all limitations and to justify the astronomical sums we spend on war and weapons.

Hillary touted that all of our 17 intelligence agencies concluded with "high confidence" that the Russians meddled in our election for Trump's benefit. False. The assessor was John Brennan, then spy-in-chief, who put together a secret panel of his choices from FBI, CIA and NSA in order to produce his miserable invention of the who, how and why the Russians did their dastardly meddling.

See Washington Post, June 23, 2017: "CIA Director John Brennan first alerts the White House in early August [2016] that Russian President Vladimir Putin had ordered an operation to defeat or at least damage Hillary Clinton and help elect her opponent, Donald Trump" based on what Brennan claimed was some source "deep inside the Russian government that detailed Russian President Vladimir Putin's direct involvement in a cyber campaign". Which source had supplied "Putin's specific instructions on the operation's audacious objectives"? No evidence has ever been produced backing up any of this.

Enter Mueller, a "deep state" hack if there ever was one. It bears mentioning that Mueller is the grandnephew of Richard Bissel, second in command at the CIA when JFK fired him after the Bay of Pigs fiasco. Mueller is married to the granddaughter of General Charles Cabell, third in command at the CIA, also fired by JFK; Mueller's wife is also a grandniece of Earl Cabell, Mayor of Dallas when JFK was assassinated there, who was recently uncovered to have been a CIA asset. Small world.

Mueller's career is replete with the production of disinformation and cover-ups. My community, home of Fort Detrick, got a dose of Mueller at work in the Amerithrax investigation. That investigation is the one in which Mueller framed Detrick scientist Bruce Ivins for sending the anthrax letters in order to cover up that the weaponization of the anthrax attack was a unique CIA technology.

On behalf of his current handlers, Mueller sang and danced his way into various indictments, most of which truly had nothing to do with Russiagate, but he couldn't pull off even trying to nail Trump for collusion.

Of course, this isn't the end of it. Pathetically, Democrats are pretending that Russiagate was nevertheless worthwhile (thus compounding the stupidity) on the basis that Trump obstructed justice, and also that we now know we have to protect our precious Presidential election from the Russians.

Obstructed what? Obstructed an investigation into the fabricated charge of collusion? Mueller just testified (on July 24) that whatever Trump did, it neither curtailed nor hindered his investigation, which after more than two years could neither find nor manufacture any evidence of collusion.

But now let's drill down into this mantra of Russian meddling. According to the Mueller report, there were two facets: 1.) hacking of the DNC emails then sourcing to Wikileaks; and 2.) social media campaign. The social media campaign is a joke. The hacking story is more serious.

According to Mueller, it was the Russian company Internet Research Agency (IRA) that on behalf of the Russian government conducted the Facebook campaign. At page 25 of Vol. 1, Mueller informs us that this Russian company purchased 3,500 ads for a total expenditure of $100,000, which I ask you to compare to the $81 million spent on Facebook ads by the Trump and Clinton campaigns.

It's sillier than that. According to Facebook's testimony before Congress, most of the ads the IRA purchased were after the election and most said nothing about either Hillary or Trump. But they tended to promote "divisiveness" according to Mueller. Absurd!

We also now have a recently unsealed ruling by the U.S. District Court for D.C. that ordered Mueller to cease and desist from claiming that IRA was acting on behalf of the Kremlin - his linchpin claim -- supported by no substantive evidence.

The most credible analyst of the hacking story has been completely (and deliberately) ignored by mainstream media. The implications of his analysis are so unsettling (dangerous) that even most alternative media avoid acknowledging him. But I believe "unsettling" is necessary to the process of waking up from the fairy tales Americans rely on, so I will lay out the truth about the stolen emails. This truth is simple and clear and unsettling.

Related Topic(s): Assange; Government; President; Truth Held Hostage; Truth Teller; Truth-teller, Add Tags
Add to My Group(s)
Go To Commenting
The views expressed herein are the sole responsibility of the author and do not necessarily reflect those of this website or its editors.

Us Strikes on Syria Based on Another Lie

The Truth about the 28 Pages and its Enduring Cover-up

The Assassination of MLK

The Saudis and 9/11 -- Confirmation of the Larger Truth