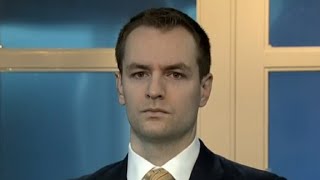 Iowa Democratic Party Chairman Troy Price said, 'We are confident in the security systems we have in place.'

I am not so sure, nor do I so sanguinely accept those kinds of assurances, given the larger picture of Tom Perez stacking the DNC committees with Clinton apparatchiks and Wall Street consultants. However, just because Mook was HRC's campaign manager in 2016 doesn't mean the whole matter is one of incarnate evil, voting machine manipulation, changing votes, vote flip chips, etc. But do read on, please:

From the Wall Street Journal:

Democrats will record the votes from the Iowa presidential caucuses in less than a week using a smartphone app, a procedure that has stirred questions about security. Party leaders said that the mobile app makes it more efficient to report results from 1,700+ caucus sites.

However, critics expressed grave concern about the app's reliability in the context of warnings that cyber adversaries trying to disrupt the 2020 elections.

Democratic Party officials say they have systems in place to detect and prevent intrusions, but declined to provide details over whether the app had been subjected to open-ended vulnerability testing. They also declined to disclose to MSNBC which company developed the app. By contrast, in 2016, Microsoft developed an app used at that year's caucusby both parties, and its involvement was announced months in advance.

In Iowa, multiple caucus organizers said in interviews that they liked the app because it was convenient.

Catherine Crist, who expects that she will have to count roughly 400 voters at her caucus site next week as a precinct chair in Iowa's Linn County, said the app would be a big help.

Ms. Crist, a longtime Democratic organizer, said that she was confident about the system and that fears about hacking were overblown. "People are making much ado about nothing," she said.

Part of the security procedures put in place for 2020 include caucus goers getting a physical, numbered presidential preference card for recording their choice, which then will be delivered to the Iowa Democratic Party through an "established chain of custody."

The Iowa Democratic Party and the Republican Party of Iowa partnered with Harvard University's Defending Digital Democracy Projectat and the Belfer Center, which develops and disseminates playbooks on best practices for the administration of elections, to help protect the caucus.