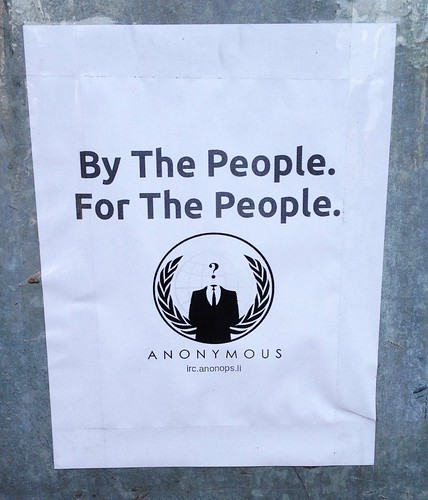 In his latest newsletter, financial advisor, John Mauldin, Co-Founder of Mauldin Economics, acknowledges that the system is rigged in favor of the wealthy and powerful, and against everyone else, including the shrinking middle-class. Mauldin says:

The "financialization" of the American economy has led to increasing income and wealth disparity. As much as it pains me to say it, the "system" really is rigged. Whatever the good intentions of the Federal Reserve in particular and the US government in general have been, it has distorted the economic feedback loops that balance a true market-based economic system. The fact is we already have "socialism" today. It's not the socialism we feared in 1974. We have socialized the risks of capitalism, to the benefit of a small portion of the country, while a larger portion struggles.

So, Mauldin admits what has been obvious for a long time, that the U.S. economy is characterized by socialism for the rich ruling class, and dog-eat-dog competition for everyone else. He cites this fact as the main reason why political outsider Donald Trump was elected President in 2016 and why "socialist" Bernie Sanders might conceivably be elected President in 2020. I agree.

So, what do Trump and Sanders have in common?

As I see it, both are viewed by the electorate as "populist," which ostensibly means anti-elite, Trump representing right-wing populism and Sanders left-wing populism. But, except for paying lip service to a plan to shift U.S. foreign policy away from the imperial belligerence of the deep state, Trump's actions as President belie any anti-elite sentiment. In fact, it's been quite the opposite.

What people want is something other than the globalist, interventionist, imperialist policies of the past several decades that have wasted enormous amounts of resources, killed hundreds of thousands of people, destroyed communities and nations, and caused political upheaval around the world. People want relief from the economic policies that have favored capital over labor by increasing capital mobility while shifting jobs from the U.S. to low wage countries especially in Asia, and at the same time reduced constraints on banks and corporations, enabling them to more fully exploit people and the environment.

In April of 2016, in the midst of the previous presidential campaign, I elaborated on this point on my website, saying:

Despite the evident philosophical differences between Republicans and Democrats and the outdated characterization of political sentiments as being right or left , conservative or liberal , the phenomenon of massive popular support for the two apparent anti-establishment candidates, Donald Trump and Bernie Sanders, reflects a deeper concern that is shared among their supporters.

· Politicians who promise one thing but deliver another.

· "Political correctness" that interferes with our ability to debate their deeper issues and concerns.

· The rich getting richer and ever more powerful while the middle class is being destroyed.

· Big banks that are "too big to fail" yet refuse to provide adequate financing to small local businesses.

· Legislation that favors big corporations over small and medium-sized enterprises.

· Fiscal policies that reduce taxes on corporations and the rich while forcing states and municipal governments to assume ever greater burdens.

Thomas H. Greco, Jr. is a leading authority on monetary and financial innovation and new economics. His latest book is more...)

Related Topic(s): Populist Candidate; Populist Movement, Add Tags
Add to My Group(s)
Go To Commenting
The views expressed herein are the sole responsibility of the author and do not necessarily reflect those of this website or its editors.

Riding the Populist Wave There, the capitalists are admitting it - the system is rigged.