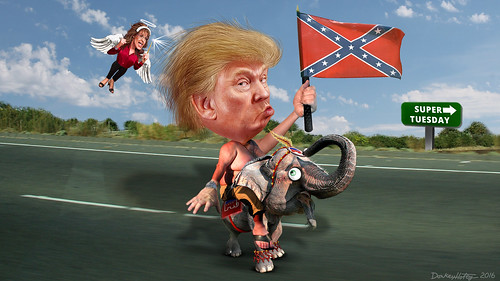 Having watched former FBI Director Comey's testimony before the Senate Intelligence Committee this morning, I have come to the conclusion that the main purpose of the Republicans on the committee is to obfuscate the central issues of the relationship between the Russian government and the Trump White House. This became especially apparent during Senator McCain's questioning of Mr. Comey this morning.

Senator McCain was far more interested in attempting to tie-in Hillary Clinton's e-mail scandal to the possible Russian relationship with the Trump White House, than he was in discovering information about why Mr. Comey was removed as FBI Director. The Arizona Senator continually attempted to conflate the two incidents of possible wrongdoing as being part of the same crime. McCain had no interest in any other subject when he questioned the former FBI director, and in my mind appeared to be either intoxicated or demonstrating signs of dementia.

This sort of tactic is familiar to anyone familiar with the methodology of propaganda, in which the attention of the public is diverted by the "fake news" --to use the Trump White House's term for propaganda--even though most of what they describe as fake news is reality, just as it was for Herr Hitler and Goebbels.

We cannot permit ourselves to be diverted by the mendacity of the Trump White House and its GOP whores. This is the first opportunity for us to begin the recovery of our democracy, and our basic rights as Americans. It is time for us to resist our inclination to do nothing.

And that is the most powerful resistance that there is available to free human beings.

Related Topic(s): Government; Intelligence; Propaganda; Reality; Resistance; Rights; Scandal; Senate, Add Tags
Add to My Group(s)
Go To Commenting
The views expressed herein are the sole responsibility of the author and do not necessarily reflect those of this website or its editors.