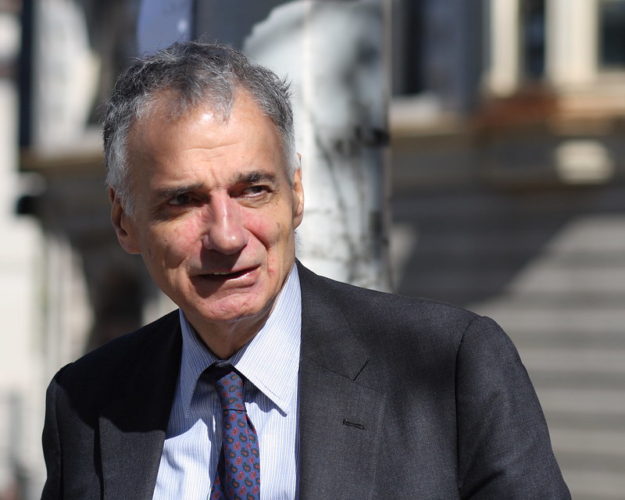 Donald Trump said he believes the Constitution lets him do "whatever I want as President." In over two and a half years, Trump has been a serial violator of the Constitution, unmatched by any president in American history. Just about every day he is a constitutional outlaw.

Constitutional scholar Bruce Fein has documented 12 categories of major constitutional transgressions. Some are also statutory crimes. Many of these involve Trump overpowering the critical separation of powers that our founders rigorously established to assure that the president does not become a monarch like King George III.

Trump has been a serial violator of the Constitution, unmatched by any president in American history. Just about every day he is a constitutional outlaw.

The framers were very clear that Congress and only Congress can appropriate monies for the Executive branch to spend; that only Congress can declare war; that the president must faithfully execute the laws; and that the Congress has the full authority to investigate the executive branch for abuses, irregularities, illegalities, or the need for new laws. Trump totally defies Congressional subpoenas for documents and witnesses. That grave overthrow of constitutional government is alone enough for eviction from office.

When he is not openly violating the Constitution, Trump lies and commits impeachable offenses.

The most recent violation was in seeking from a foreign power Ukraine -- assistance in influencing our presidential election in his favor by investigating a major challenger -- former Vice President Joseph Biden and his son. He dangled a $250 million military aid package (maybe more) to Ukraine by suspending it before speaking to Ukrainian President Volodymyr Zelensky on the telephone.

This "betrayal of his oath of office, betrayal of our national security, and betrayal of the integrity of our elections," in Speaker Nancy Pelosi's words, finally moved the reluctant House leader. After being AWOL on all the other serious, repeated flouting of constitutional behavior, she is now focusing on Trump and Ukraine.

Much has been reported about Trump's chronic lying. He lies daily, sometimes hourly, with his tweets and public blather. The Washington Post has catalogued over 12,000 prevarications and false statements since January 2017. Not enough, however, has been made of the aggregate effects of such lying as a living. Trump creates illusions about himself, about his alleged achievements, and about conditions in the United States and world. He spreads constant lies and transmits the lies of others. Often these are monstrous lies, which slander innocent people and trick his supporters into believing him because they think no president could possibly lie like that to them. These are dangerous obsessions for a president.

Trump says he wants everyone to have "beautiful" health insurance, yet he pushes Congress to change Obamacare, stripping 20 million people of health insurance without any substitute program.

Trump brags about consistently defying Congressional statutes by dismantling federal agencies established to protect all Americans where they live, work, and raise their families.

Trump says we have the cleanest air and water ever, yet his henchmen are running these agencies into the ground and repealing or weakening life-saving pollution controls. The result is more toxic air in your lungs, more child asthma, and dirtier drinking water.

Trump lies about voter fraud, about not using his office to enrich his business, and about all the new factories coming to the U.S. He even lies about the weather, damaging the credibility of the National Weather Service. He denies his sexual exploits and hush money payments. He rejects without evidence 10 serious obstruction of justice actions documented in the Mueller Report.

Trump denies that his cuts in food stamps will leave over half a million children without a free school lunch. He denies that his tax cut overwhelmingly benefited the super-rich and major corporations.

Related Topic(s): Betrayal; Trump Broken Promises; Trump Bully In Chief; Trump Ego; Trump Impeachment, Add Tags
Add to My Group(s)
Go To Commenting
The views expressed herein are the sole responsibility of the author and do not necessarily reflect those of this website or its editors.