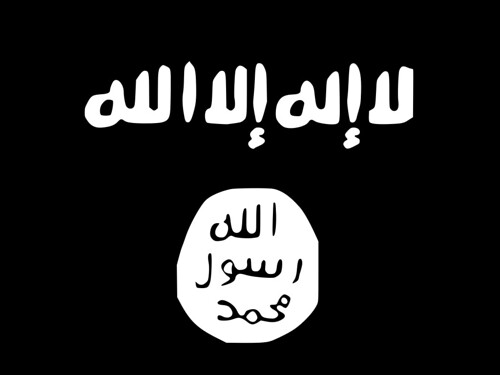 For 50 years I've been painstakingly cataloguing the brutal militarism and human-rights violations of US foreign policy, building up in the process a very loyal audience.

To my great surprise, when I recently wrote about the brutal militarism and human-rights violations of the Islamic State, I received more criticism from my readers than I've gotten for anything I've ever written. Dozens of them asked to be removed from my mailing list, as many as I'd normally get in a full year. Others were convinced that it couldn't actually be me who was the author of such words, that I must have been hacked. Some wondered whether my recent illness had affected my mind. Literally! And almost all of the Internet magazines which regularly print me did not do so with this article.

Now why should this be?

My crime was being politically incorrect. The Islamic State, you see, is composed of Muslims, and the United States and its Western allies have bombed many Muslim countries in the recent past killing thousands of Muslims and causing widespread horror. Therefore, whatever ISIS and its allies do is "revenge", simple revenge, and should not be condemned by anyone calling himself a progressive; least of all should violence be carried out against these poor aggrieved jihadists.

Moreover, inasmuch as ISIS is the offspring of religion, this adds to my political incorrectness: I'm attacking religion, God forgive me.

Totally irrelevant to my critics is the fact that the religious teachings of ISIS embrace murderous jihad and the heavenly rewards for suicide bombings and martyrdom. This, they insist, is not the real Islam, a religion of peace and scholarly pursuits. Well, one can argue, Naziism was not the real Germany of Goethe and Schiller, of Bach and Brahms. Fortunately, that didn't keep the world from destroying the Third Reich.

We should also consider this: From the 1950s to the 1980s the United States carried out atrocities against Latin America, including numerous bombings, without the natives ever resorting to the repulsive uncivilized kind of retaliation as employed by ISIS. Latin American leftists took their revenge out on concrete representatives of the American empire: diplomatic, military and corporate targets, not markets, theatres, nightclubs, hospitals, restaurants or churches. The ISIS victims have included many Muslims, perhaps even some friends of the terrorists, for all they knew or cared.

It doesn't matter to my critics that in my writing I have regularly given clear recognition to the crimes against humanity carried out by the West against the Islamic world. I am still not allowed to criticize the armed forces of Islam, for all of the above stated reasons plus the claim that the United States "created" ISIS.

Regarding this last argument: It's certainly true that US foreign policy played an indispensable role in the rise of ISIS. Without Washington's overthrow of secular governments in Afghanistan, Iraq, Libya, and -- now in process -- Syria, there would today be no ISIS. It's also true that many American weapons, intentionally and unintentionally, have wound up in the hands of terrorist groups. But the word "created" implies intention, that the United States wanted to purposely and consciously bring to life the Frankenstein monster that we know and love as ISIS.

So, you wonder, how do we rid the world of the Islamic State? I'm afraid it may already be too late. The barn door is wide open and all the horses have escaped. It's not easy for an old anti-imperialist like myself, but I support Western military and economic power to crush the unspeakable evil of ISIS. The West has actually made good progress with seriously hampering ISIS oil sales and financial transactions. As a result, it appears that ISIS may well be running out of money, with defections of unpaid soldiers increasing.

The West should also forget about regime change in Syria and join forces with Russia against the terrorists.

And my readers, and many like them, have to learn to stop turning the other cheek when someone yelling "Allahu Akbar" drives a machete into their skull.

William Blum is the author of: Killing Hope: US Military and CIA Interventions Since World War 2 - Rogue State: A Guide to the World's Only Superpower - West-Bloc Dissident: A Cold War Memoir Freeing the World to Death: Essays on the American Empire.
Related Topic(s): Islamophobia; Political Correctness; Terrorism Islamic, Add Tags
Add to My Group(s)
Go To Commenting
The views expressed herein are the sole responsibility of the author and do not necessarily reflect those of this website or its editors.