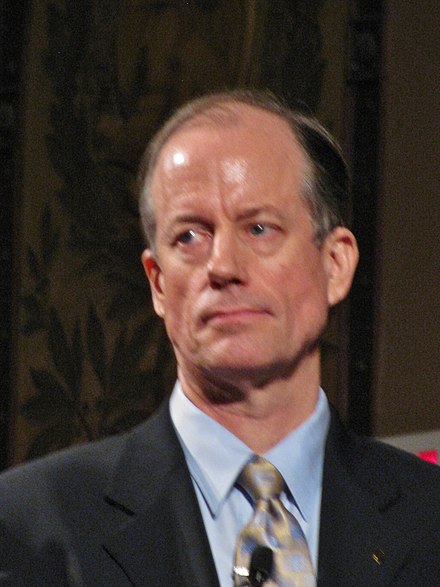 Shortly before 9/11 the National Security Agency (NSA) asked Thomas Drake to join its senior staff. As things turned out, Sept. 11 was his first day on the job. Already au courant with key NSA programs via his earlier contract work, Tom was immediately tasked to find out how much information NSA had on terrorist attacks before 9/11.

Drake found an embarrassing abundance of such information. But when he told top NSA management, his investigation was abruptly shut down. On Jan. 7, 2014 in a VIPS Memorandum prepared for President Obama, "NSA Insiders Reveal What Went Wrong."

Drake wrote: "Make no mistake. That data [collected and analyzed by NSA] could have, should have prevented 9/11."

As the post-9/11 months dragged on, Drake had to listen to NSA Director Michael Hayden's gloating over the ease with which he was able to hide NSA's egregious performance. It is a good guess that a huge part of that "ease" can be attributed to protection by Hayden's very powerful patron, Vice President Dick Cheney. It is clear that the Vice President played a key role in "authorizing" unconstitutional surveillance. It is also possible that, BEFORE the 9/11 attacks, Hayden shared with Cheney some of the alarming evidence NSA had collected but otherwise kept to itself. Tom continued:

"In short, when confronted with the prospect of fessing up, NSA chose instead to obstruct the 9/11 congressional investigation, play dumb, and keep the truth buried, including the fact that it knew about all inbound and outbound calls to the [al-Qaeda] safe house switchboard in Yemen. "

"When the 9/11 Commission hearings began, Director Hayden chortled at executive staff meetings over the fact that the FBI and CIA were feeling the heat for not having prevented 9/11. This was particularly difficult for me to sit through, for I was aware that NSA had been able to cover up its own culpability by keeping investigators, committees, and commissions away from the truth." ***

FBI and CIA Feeling the Heat

Ray McGovern works with Tell the Word, the publishing arm of the ecumenical Church of the Saviour in inner-city Washington. He was an Army infantry/intelligence officer and then a CIA analyst for 27 years, and is now on the Steering Group of Veteran Intelligence Professionals for Sanity (VIPS). His (more...)
Related Topic(s): Evidence; Intelligence Failures; Intelligence Intelligent; Preventive Detention, Add Tags
Add to My Group(s)
Go To Commenting
The views expressed herein are the sole responsibility of the author and do not necessarily reflect those of this website or its editors.