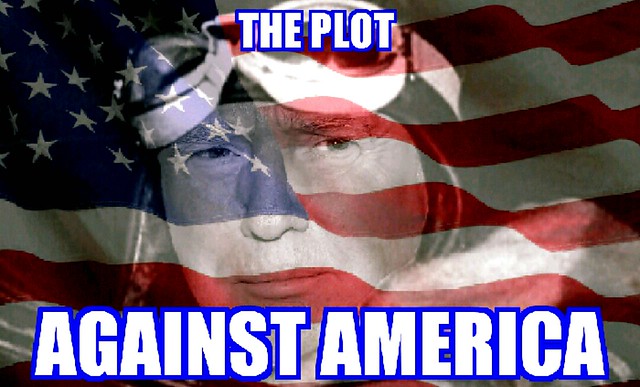 The non-stop, self-serving gloating of people I generally agree with: Glenn Greenwald, Aaron Mate', Michael Tracey, et al. is unprofessional and distasteful. They are wallowing in Maddow and FoxNews territory now.

Russiagate is a grey area, not black and white, and I do not believe we have the full story. Just recall all the redactions. By focusing on other people's "conspiracy theories" the self-imposed limits of these journalists are not centered on what actually happened, but merely on gamesmanship: proving somebody else's claim wrong. That is always distracting and a dead end, perhaps a complete waste of time for all concerned.

"Robert Mueller Did Not Merely Reject the Trump-Russia Conspiracy Theories. He Obliterated Them."

But, by the article's conclusion Greenwald equivocates a bit:

One can debate whether it's unethical for a presidential campaign to have dirt about its opponent released by a foreign government, [YES: LET'S DEBATE THAT] though anyone who wants to argue that has to reconcile that with the fact that the DNC had a contractor working with the Ukrainian government to help Hillary Clinton win by feeding them dirt on Trump and Manafort, as well as a paid operative named Christopher Steele (remember him?) working with Russian officials to get dirt on Trump.

Yeah. It's ALL unethical. Lock them all up. How did Democratic Party crimes make Republican Party crimes suddenly legitimate? That is the slippy slope to hell. Greenwald also makes a few sloppy assumptions. He accepts as Gospel:

1. "Russia" hacked the DNC server. Our own NSA whistleblowers determined that impossible based on the forensic evidence. Mueller continues to push this discredited claim undermining his own credibility.

2. That Robert Mueller was objective and had no interest in protecting Trump despite being a "conservative Republican," as well as helping to cover up the 9/11 attacks.

Greenwald et al. should know full well that only cover-up artists get appointed to "investigate" the crimes of high officials in this country. It is a 100% certainty, going back at least to the Warren Commission. Also see: Iran/Contra. The full truth is seldom revealed about anything that could undermine confidence in the American system.

There may have been a Russian "hack" of John Podesta's email account, a phishing scam, but then again I have seen zero evidence to date that "Russia" means the GOVERNMENT of Russia, with any evidence linking that government to the crime which would stand up in an actual court. That's the problem with this trial by media: the "facts" are never established, challenged, buttressed; they just languish in a sea of half-truths and drivel. Whether any given set of Russian hackers are loyal to Vladimir Putin or to the almighty dollar is an open question.

We still swim in a swirling grey area. We do know that the super-genius Second Son of Trump, Eric, admitted in 2014:

"We have all the funding we need out of Russia."

Donald Trump Jr. himself famously said in 2008 that "Russians make up a pretty disproportionate cross-section of a lot of our assets. We see a lot of money pouring in from Russia."

Would this Russian money appear on Trump's secret tax returns? Did Robert Mueller ever get a look at those returns? Did he ever follow up on this money trail at all?

Just yesterday, in Greenwald's own publication, I read quite a bit about Trump's campaign manager, Paul Manafort, and his own set of Russian connections.

During the campaign, Manafort stayed in touch with these contacts through Konstantin Kilimnik, a longtime employee who previously ran Manafort's office in Kiev. The FBI assessed that Kilimnik has ties to Russian intelligence, the report says.

... Manafort also met with Kilmnik in the United States twice during the campaign and gave him campaign-related information. [Why?] And Kilmnnik passed on a message from Yanukovych, who was in exile in Russia, about a peace plan that would have allowed Russia to control eastern Ukraine.