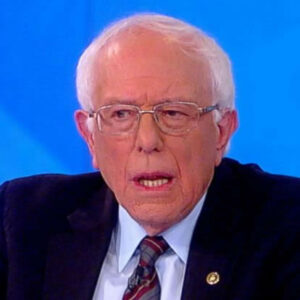 On Wednesday, November 28, 2018, over 100 U.S. scholars, intellectuals, and activists published the open letter to Senator Bernie Sanders below and invited others to add their names to it. Sanders was working to force a new Senate vote on ending, or at least reducing, U.S. participation in the war on Yemen. Signers of the letter below wished to encourage such steps and, in fact, to urge Sanders toward far greater opposition to militarism and support for peace.

On Tuesday, Senator Sanders had published a new book, Where We Go from Here: Two Years in the Resistance. The book contains 38 sections, of which one addresses foreign policy but lays out no concrete proposals. On Tuesday evening Sanders spoke for an hour at George Washington University, aired live on C-Span 2. He discussed a variety of topics, but never mentioned foreign policy -- until a questioner asked him for a progressive foreign policy, and Senator Sanders gave a 2-minute response focused on Yemen, for which he received possibly the loudest applause of the evening.

Read the letter and add your name: https://worldbeyondwar.org/bernie

Text of the Letter:

We write to you as U.S. residents with great respect for your domestic policies.

We support the position of more than 25,000 people who signed a petition during your presidential campaign urging you to take on militarism.

We believe that Dr. King was correct to assert that racism, extreme materialism, and militarism needed to be challenged together rather than separately, and that this remains true.

We believe this is not only practical advice, but a moral imperative, and -- not coincidentally -- good electoral politics.

During your presidential campaign, you were asked repeatedly how you would pay for human and environmental needs that could be paid for with small fractions of military spending. Your answer was consistently complicated and involved raising taxes. We believe it would be more effective to more often mention the existence of the military and its price tag. "I would cut 4% of spending on the never-audited Pentagon" is a superior answer in every way to any explanation of any tax plan.

Much of the case that we believe ought to be made is made in a video posted on your Facebook page in early 2018. But it is generally absent from your public comments and policy proposals. Your recent 10-point plan omits any mention of foreign policy whatsoever.

We believe this omission is not just a shortcoming. We believe it renders what does get included incoherent. Military spending is well over 60% of discretionary spending. A public policy that avoids mentioning its existence is not a public policy at all. Should military spending go up or down or remain unchanged? This is the very first question. We are dealing here with an amount of money at least comparable to what could be obtained by taxing the wealthy and corporations (something we are certainly in favor of as well).

A tiny fraction of U.S. military spending could end starvation, the lack of clean water, and various diseases worldwide. No humanitarian policy can avoid the existence of the military. No discussion of free college or clean energy or public transit should omit mention of the place where a trillion dollars a year is going.

Militarism is the top source of the erosion of liberties, and top justification for government secrecy, top creator of refugees, top saboteur of the rule of law, top facilitator of xenophobia and bigotry, and top reason we are at risk of nuclear apocalypse. There is no area of our social life that is untouched by what Eisenhower called the military industrial complex.

David Swanson is the author of "When the World Outlawed War," "War Is A Lie" and "Daybreak: Undoing the Imperial Presidency and Forming a More Perfect Union." He blogs at http://davidswanson.org and http://warisacrime.org and works for the online (more...)
Related Topic(s): Sanders-Bernard, Add Tags
Add to My Group(s)
Go To Commenting
The views expressed herein are the sole responsibility of the author and do not necessarily reflect those of this website or its editors.