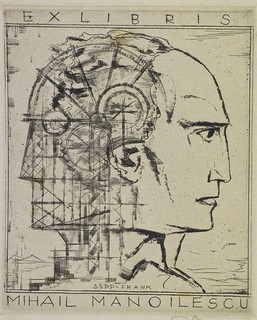 Dateline: the near future

Developers enjoy spectacular breakthroughs at building human-level artificial intelligence. The smart computers are put to work designing and building a robot workforce to completely replace humans at every kind of work humans do. Economic production of "everything" -- food, housing, clothing, electronics, entertainment, virtual reality, robo-sex, every kind of good or service,everything anybody could need or want -- is fully automated. Finally, one guy pushes the ON button, and forever after an endless stream of every kind of necessary and frivolous goods comes pouring out of the machine. But after he pushes the ON button the last human worker -- a temp contractor intern with no pay or benefits or pension -- is laid off, so there are zero "jobs" in this highly productive economy.

Productivity is units of output per hour of human work. This economy-machine uses 0 human laborto produce unlimited economic output. The machine's productivity is infinite. Humanity has lifted the curse of Adam, solved the scourge of scarcity. Neoliberal trickle down economic theory says this will make "everybody" rich beyond the dreams of avarice.

The economy-machine is owned by a consortium of global capitalists who have combined into a single all-embracing company called OMNICORP. The capitalists "own" the machine and they own all the goods that come out of the machine.

All of the goods that come out of the machine are offered for sale. The owners won't "give" the goods to anybody. Capitalists own businesses to produce goods that can be sold for money: to recover money costs and earn money profits. Despite some "initial slowness in sales" ($0), OMNICORP's CFO projects excellent 3rd quarter profits from "selling" the goods, for money.

Nobody -- not the capitalist investors/owners who are waiting to receive dividends as their share of OMNICORP's money profits; nor the corporate managers who are now paid 100% in stock options rather than in money; nor the totally unemployed human workforce who are looking for (non-existent) jobs to earn some money -- is earning any money by owning, managing or working, because OMNICORP has bought up the economic infrastructure of the world and the machine has eliminated the economic need for "humans".

OMNICORP paid out four quadrillion dollars of its investors' savings -- hiring contractors and workers and suppliers and buying up industries and resource rights to the Earth -- to build the economy machine and ensure its supply of resources. The human workers and business owners and governments who received (as earned incomes and sales proceeds and royalties) that four quadrillion dollars of invested money, used the money to pay off their bank loans and bond debts.

Commercial banks had created all of the money and the debts on their balance sheets as linked pairs of credits/debts; assets and liabilities; loan accounts and deposit accounts. Borrowers had spent all the money into the economy and "owed" it all; earners had earned and "saved" it all. Savers then invested it all in OMNICORP, which spent ("invested") all the money hiring humanity to help it build the economy machine. So the borrowers/spenders/debtors earned back all the money they had borrowed from banks; and humanity used all of its bank-issued money to pay off all of its bank-charged debt. Now humanity has no money and owes no debt. Burn the mortgages! We are free and clear!

Related Topic(s): Basic Income Guarantee; Capitalism Over Humanity; Income Gap, Add Tags
Add to My Group(s)
Go To Commenting
The views expressed herein are the sole responsibility of the author and do not necessarily reflect those of this website or its editors.