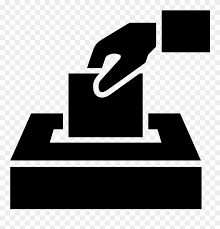 More in-person voting sites in metro areas. Better information about where polls have been relocated. More public education about how to vote from home and what to do if an absentee ballot doesn't arrive -- or arrives at the last minute. And no last-minute government decisions that confuse voters and undermine voting, such as imposing curfews before the polls close.

These are some of the takeaways from the nine presidential primaries that took place on June 2, the largest day of voting across America since the pandemic broke in mid-March, where most of the states and the District of Columbia responded by shifting to voting with mailed-out ballots rather than voting centered on local polling places as in previous elections.

The approaches taken in these states and districts varied and reflected the trends seen across the United States. Montana and Maryland mailed ballots to voters. Washington, D.C., and four states sent voters applications to get a mail-in ballot. Pennsylvania and Indiana left it up to voters to apply for an absentee ballot, get the ballots on time, and submit it on time to be counted.

The results were a spectrum of well-run to more-problematic elections. Montana, which is used to voting by mail, had higher turnout than its 2018 fall midterm. But many voters who were not used to voting from home, especially in metro areas, did not get ballots as expected. They went to vote in person, but often found traditional polling places closed. They ended up in long lines and sometimes faced hours-long waits, where social distancing could be challenging, and, in the worst case -- in Washington -- police were telling voters to go home because of a curfew.

These trends, both better and worse, offer lessons and warning signs for the fall's elections.

"Overall, this is a dry run for November," said Kristen Clarke, president and executive director of the Lawyers' Committee for Civil Rights Under Law, which runs the nation's largest Election Day hotline and fielded more than 5,000 calls for the primaries. "We're bracing for high turnout that we will see in the November general election, and lessons learned from this primary season must guide states... to ensure that every eligible voter can have their voice heard."

"It is clear that the pandemic is having an impact on virtually every aspect of the voting experience," she said, noting that impact was apart from a curfew in Washington that was announced by a text alert on Election Day that "did not have an exception making it clear that voters can, indeed, continue to travel to cast their ballot."

Voting in quasi-militarized settings was not confined to the nation's capital. In Philadelphia, on election eve, the mayor announced a curfew that was slated to take effect an hour before its polls closed, but subsequently delayed it after an outcry by other city officials and activists. The curfews, which have never before occurred on an Election Day in recent times, were a response to looting that occurred after generally peaceful protests against police violence and racism. However, the curfews also come in a climate where the Republican Party, led by President Trump, has been repeatedly making false claims that voting by mail is rife with fraud.

"This is simply not true," wrote the National Vote at Home Institute's Amber McReynolds and MIT's Charles Stewart III, both experts, for the Hill. They noted that the right-wing Heritage Foundation's oft-cited election fraud database listed 204 cases and 143 convictions using mailed ballots in the past 20 years, where "about 250 million votes have been cast by a mail ballot." That activity level is "about five times less likely than getting hit by lightning in the United States."

But while partisan propaganda about voting by mail is only likely to increase as the general election nears, the nuts-and-bolts challenges of shifting to voting by mail in states that have not widely instituted that process is very much a work in progress. In that sense, the statewide and district primaries on June 2, as well as dozens of elections that will be held now through the summer, are microcosms of what is working and what needs to be fixed for the fall.

A Spectrum of States

The June 2 primaries featured jurisdictions with more and less experience running mail-based elections. On the most experienced side, Montana, where the senior statewide election official is a Republican, continued its practice of mailing all voters a ballot. More people voted for its 2020 primary than during the state's November 2018 midterms.

"Sixty-three percent of active registered voters," said Phil Keisling, the National Vote at Home Institute's board chair and former Oregon secretary of state. "That's higher than 41 states in their midterms in 2018. That's the power of mailing everyone a ballot."

Steven Rosenfeld  covers democracy issues for AlterNet. He is a longtime print and broadcast journalist and has reported for National Public Radio, Monitor Radio, Marketplace,  TomPaine.com  and many newspapers. (more...)
Related Topic(s): Election 2020; Election Tampering; Election-Voting Issues; Election-Voting Issues News, Add Tags
Add to My Group(s)
Go To Commenting
The views expressed herein are the sole responsibility of the author and do not necessarily reflect those of this website or its editors.