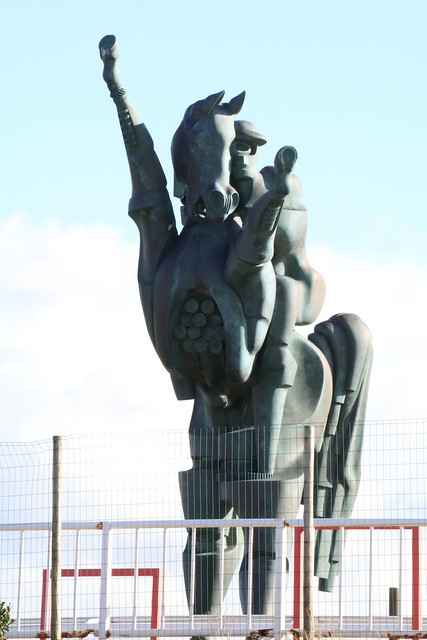 I want to tell you about Quat. Quat is more horse than man.He is about 125 years old. His DNA Somehow repairs itself. There seem to be no "bad germs" in the future,No disease as we know it.
Quat carries enormous responsibility.His people are responsible for the stories.And for the education of the children.By his "people" I mean the other horse-people.And by "the children" I mean human-kind.He has taught at the Brain Museum for a long time.
He believes in the human raceWhich, it appears, is being given a second chance.It is literally in its second infancy.The "children", as I have explained before, Are not really children as we would define them,They are very old by our standards.
More on them later.Many of you have asked me how I came To possess the time-traveling app.Also you have asked how The Brain Museum got its name.Another common question is, Is there anythingThat we can do to try to avoid The Event?
First question: I upgraded my phone to an iPhone in 2019.I had been using a much older phone just for work.When Covid hit, my job in the community endedAnd I decided that I needed a new phone.I left my old phone on my dresser where it sat for over a year.One morning, last January, on my birthday,
At about 3:00 it started making a funny sound.My wife is a very light sleeper. She nudged me awake And asked me to deal with it.I brought the phone to the basementAnd looked at the window. There was a funny iconIn the lower corner, a spiral with an arrow at both ends.
I touched the spiral and was immediately transportedTo the future outside The Brain Museum.Second question: The Brain Museum was originally a laboratoryWhere brains of a group of Event survivors were preserved.But nothing remains of these specimens.The legend persisted that there were preEvent human brains here
And that legendary history survived the actual building.The place became a shrine of sortsAnd, more recently, relative to the future time-line, The horse people decided to honor the memory of the brains By building a school called the Brain Museum.Where human-people would be educated by the horse people
Who have since dedicated themselvesTo preserving the fragile remnants of the human species.Third question: There is nothing that we can do to avoid The Event.If there was a way to bring Quat back to our timeHe might be able to convince us that the Event is comingBut I doubt that even knowing about The Event would change our ways.
Quat has listened to my descriptions of my timeAnd he thinks that his time could be regarded As a fresh start. By my estimation, Quat's time is 10 - 7,000 years from now.I have learned a lot from Quat about his Earth.The horse people have traveled extensively and According to Quat there are forests growing around all the rivers.
The rivers he is referring to are new, massive springsThat issued after The Event from deep within the planet.The ocean is sterile, but the up-welling rivers are all fresh and clean.He has promised to show me one of these river springsNobody believes any of this, so I am not motivated To answer any more questions right now.
From what I gather, the Atlantic Ocean is indeed sterileAnd I assume that all the other oceans and seas are too.Once I started staying in the future for longer conversations with QuatMy full brain functioning returned and even improved.Time travel seems to have the effect of rinsing my brain.It's like hitting a reset. I find that the longer I stay
The cleaner I feel. I think there is a lot more oxygen in the air.Of course there is no pollution, but I think it is more than that.And it's not just my brain but my whole being that feels refreshed. I asked Quat where the rest of the horse people are.He said they live near the river forests.They decided to school the children far from the forests
Because there are animals in the forest who could kill them.I asked Quat if anyone else Has visited from my time.He said No. I'm The only One.