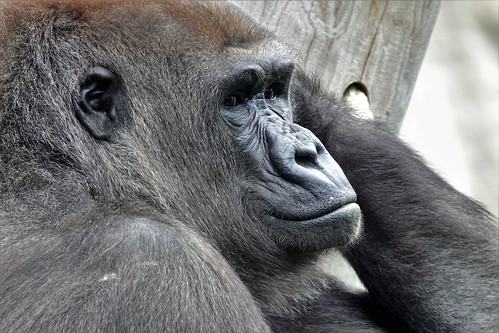 "Motivated reasoning is a phenomenon studied in cognitive science and social psychology that uses emotionally-biased reasoning to produce justifications or make decisions that are most desired rather than those that accurately reflect the evidence, while still reducing cognitive dissonance. In other words, motivated reasoning is the "tendency to find arguments in favor of conclusions we want to believe to be stronger than arguments for conclusions we do not want to believe". [1] It can lead to forming and clinging to false beliefs despite substantial evidence to the contrary. The desired outcome acts as a filter that affects evaluation of scientific evidence and of other people. [2]"

"Motivated reasoning is similar to confirmation bias, where evidence that confirms a belief (which might be a logical belief, rather than an emotional one) is either sought after more or given more credibility than evidence that disconfirms a belief. It stands in contrast to critical thinking where beliefs are approached in a skeptical and unbiased fashion."

My response is: are any beliefs not motivated, not subject to confirmation and disconfirmation bias? We are more emotionally invested in some beliefs than in others of course.

This emotional attachment seems to me to be the basis for the idea of cognitive dissonance, a discomfort when confronted with ideas that challenge our beliefs. Many people parrot the term cognitive dissonance, but I suspect they have not looked at the underlying studies by Leon Festinger (See Wikipedia).

As I have said elsewhere, we can only reason from the basis of existing beliefs, and it could not be otherwise. These beliefs serve as the grounds for further belief, and are resistant to revision if they link to other beliefs in an extensive network, and also are held with emotion and conviction. https://ephektikoi.wordpress.com/2020/04/24/clarity-or-murk/, https://ephektikoi.wordpress.com/2020/04/30/the-fundamental-problem-is-belief/

"We don't understand the world as much as interpret it. Things and events come to our attention, are perceived, and interpreted; sometimes more or less correctly; frequently quite incorrectly. We understand things in the context of our current beliefs, values, biases and emotional investment. It could not be otherwise. Some types of events lead to a more correct understanding. Some types of events will probably always be beyond our ability to comprehend."

I know that my views are subject to these processes, despite my best intentions. However, those without emotional intelligence also reason badly, so we cannot be Mr. Spock from the fictional Star Trek series and still function rationally. See: https://en.wikipedia.org/wiki/Emotional_intelligence

Related Topic(s): Belief; Bias; Ideas; Motivated Reasoning; Psychology, Add Tags
Add to My Group(s)
Go To Commenting
The views expressed herein are the sole responsibility of the author and do not necessarily reflect those of this website or its editors.