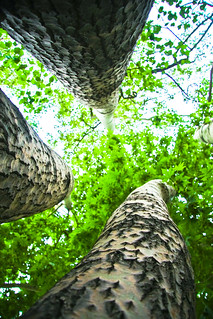 Over the course of the past several decades there has been a movement revealing a united pattern in science, religion and philosophy. The news of this has been slow coming, and many, even in the liberal media, are not taking heed to this deep movement towards unity. As such, we stay stuck in an old divisive top-down, this vs that paradigm. By religion, I am not speaking of the top-down divisive and theological manner of Catholic and Protestant. I am speaking to a living planet and universe that is alive and intelligent. This is how the ancients saw the world and universe. This was truly revealed in the ancient religions that spoke to the Gods as verbs more so than nouns, processes and interactions more so than discrete beings.

The following is taken from an article appearing in the Huffington Post by Rory McEntee.

On the scientific front, a new book from Yale University Press/ Templeton's "Foundational Questions in Science" series, Does Altruism Exist? Culture, Genes and the Welfare of Others, by David Sloan Wilson, articulates a fascinating new paradigm from evolutionary biology that ties in with this broader transformational shift. In it, Wilson differentiates between natural selection for individuals and natural selection at what is called the "group", or "multi-level." While at an individual level, natural selection often operates in a selfish, survival-of-the-fittest fashion, at the group level (think of group dynamics within larger eco-systems), it selects for structures and processes that serve the well being of the whole, and not self-interest groups. In other words, evolution is trending toward a world that works for all. This is a radical reversal of standard evolutionary understanding, with grave consequences for how we function at the societal level in groups, including economically, politically, religiously, and so on. State these scientists, in the words of the author, and colleague E. O. Wilson (Harvard University's father of modern sociobiology), in the process of natural selection, "Altruistic groups beat selfish groups."

The url for the rest of the article is: click here

Burl Hall is a retired counselor who is living in a Senior Citizen Housing apartment. Burl has one book to his credit, titled "Sophia's Web: A Passionate Call to Heal our Wounded Nature." For more information, search the book on Amazon. (more...)
Related Topic(s): Bottom-up; Culture; Evolution; Media; Nature; Religion; Scientists; Spiritual, Add Tags
Add to My Group(s)
Go To Commenting
The views expressed herein are the sole responsibility of the author and do not necessarily reflect those of this website or its editors.