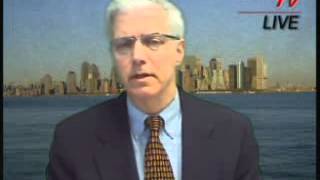 In falsely bragging about the alleged benefits to the middle class from the tax law enacted by the Republicans last month, the Trumpsters neglected to give high visibility to the state regulators who must require utility and insurance companies to pass savings from the tax cuts on to their consumers.

While some regulated utility companies (gas, electric and telephone) did announce that they would be reducing rates for consumers, others seem to be waiting for state regulators to push them. The insurance companies in particular seem to be in need of a nudge.

The indefatigable actuary and consumer advocate for the Consumer Federation of America, J. Robert Hunter, is pleased to provide the necessary push. In his usual tightly argued style, he has sent letters to every state insurance commissioner, as well as those officials representing the District of Columbia and Puerto Rico. Hunter calculates that insurance rates that you, the consumer, are paying, should be reduced by about 5%, "without including the impact of investment income due to lower taxes on that income. So it could be more than 5%."

Hunter continues: "On a property-casualty industry-wide basis, the windfall to insurers from the tax changes are massive. 5% of the $ 539 billion in premiums collected is over $25 billion. For longer-tailed lines, like medical professional liability, the increase in investment income on reserves and surplus will be much greater than average because of the reduction in tax rates."

Taking no chances, Hunter asks the mostly passive state insurance regulators two questions that resolve any possible ambiguities about what you the policyholder-consumers are owed:

1. "What is your evaluation of the recent changes in tax laws on insurer profitability by line and what is the basis for your conclusions? ...

2. "What actions are you taking in the next month to cause insurers to reduce rates to reflect the windfall from tax changes and to ensure rates return to not excessive levels?... Over $25 billion in savings coming back to consumers' proverbial pocketbooks is not chump change. You can surely use it, and it belongs to you under existing law.

If you call or email your state insurance commissioner and ask "where's my money?" you'll get a pretty good idea of how fast and decisive your commissioner is likely to be. California's elected Insurance Commissioner Dave Jones has already acted to assure these reductions in rates.

Further questions may be directed to Mr. Hunter's organization here. He'll want to hear about any responses, or lack of responses, from your commissioner's office. These commissioners, and every insurance company, know Bob Hunter very well. This consumer champion has been a leading consumer watchdog for over 40 years. He has saved consumers billions of dollars in auto, homeowner and other property-casualty policies with his testimony before legislatures, especially defending the civil-justice system from erosion, his expert witness role in successful litigation, and his many public reports revealing insurance industry abuses.

In the pantheon of "one person making a difference," J. Robert Hunter deserves top billing. He exposes the intricacies of this often needlessly complex business and the maneuvers that the companies use, to evade, avoid and obscure their shenanigans. Bob has also successfully challenged insurance-industry legislative proposals, greased by campaign contributions.

In 1988 during our regulatory victory over the resistant property-casualty insurance industry, with the enactment of Prop 103 by California voters, we received regular pro-bono advice from Bob Hunter. Since then, California has moved from being one of the highest auto insurance-priced states to one of the lowest ones. Actuary Hunter estimates savings to California Motorists of over $100 billion.

He's done all this work with a marvelous sense of humor, a pleasant personality in acrimonious venues, and he manages, as a vocation, to be a peace mediator of African tribal conflicts.

Related Topic(s): Consumer; Regulators; Savings; Taxes, Add Tags
Add to My Group(s)
Go To Commenting
The views expressed herein are the sole responsibility of the author and do not necessarily reflect those of this website or its editors.