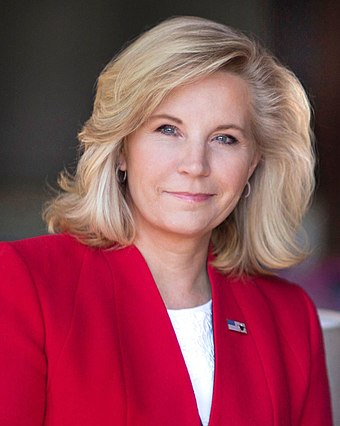 When Cheney, the third ranking member of the House Republican leadership, announced that she would vote to impeach President Trump, she went against higher ranking Republican Minority Leader Kevin McCarthy and Minority Whip Steve Scalise, who continue to hold the president above reproach. Cheney is reportedly planning to challenge McCarthy for the Minority Leader post. Other Republicans have called for her to step down from her post. She says she's not going anywhere. This is all shuck and jive as unprincipled Republicans compete to take the party in different unprincipled directions.

Here's the context: Wyoming has just one at-large seat in Congress, held by Liz Cheney since 2017. Her father, Dick Cheney, held the same seat from 1979 to 1989, before rising to Secretary of Defense and later Vice President.

History is hip deep on all sides these days, often invoked with annoyingly hyperbolic rhetoric from all sides. Liz Cheney's public statement of January 12 (below in its entirety) is just one example of the overwrought prose coming at us from all political directions:

"On January 6, 2021 a violent mob attacked the United States Capitol to obstruct the process of our democracy and stop the counting of presidential electoral votes. This insurrection caused injury, death and destruction in the most sacred space in our Republic.

"Much more will become clear in coming days and weeks, but what we know now is enough. The President of the United States summoned this mob, assembled the mob, and lit the flame of this attack. Everything that followed was his doing. None of this would have happened without the President. The President could have immediately and forcefully intervened to stop the violence. He did not. There has never been a greater betrayal by a President of the United States of his office and his oath to the Constitution.

"I will vote to impeach the President."

Rhetorical flourishes aside, Cheney's description of the event comports with the available evidence so far. Her vote to impeach this president is honorable and justified. But her fundamental judgment is off the rails. To say that "There has never been a greater betrayal by a President of the United States of his office and his oath to the Constitution" is simply unsupportable unless you have a very strange hierarchy of beliefs (or an extremely dark sense of humor).

Does Cheney really believe Trump's action is worse than President Bush (and VP Cheney) lying the US into an unjustified war on Iraq that killed more than 4,000 US soldiers, thousands more allied soldiers, and hundreds of thousands of Iraqi soldiers and civilians, promising to bring "democracy" to a country still in chaos almost 20 years later? Was destroying a modern, sovereign state (albeit a dictatorship) on bogus war claims really less of a betrayal than Trump's feckless criminal passivity? What Trump did was worse than war crimes?

Does Cheney actually claim that Trump's incitement of a mob on January 6 was worse than the Bush-Cheney regime's establishment of a global program of torture, kidnapping, black sites, and the unlawful prison camp at Guantanamo? Does she seriously argue that Trump has exceeded these crimes against humanity that have gone unaddressed and unpunished?

Does Cheney seriously argue that Trump's unleashing of his supporters on the Capitol is definitively worse than Bush-Cheney's unleashing of the National Security Agency to spy on Americans after 9-11?

Does Cheney truly assert that Trump's invitation to violence is even close to the program of political assassination by drone instituted under Bush-Cheney? How is violating any semblance of due process of law in order to murder mere suspects, even Americans, not a greater betrayal of the Constitution than Trump's sedition? Official US drone murder has continued, uninterrupted, since Bush-Cheney initiated it, becoming too common to cause official concern any more.

There's more than a little irony in Cheney's present posturing. Less than two years ago she was suggesting that US law enforcement officials may have committed treason by investigating President Trump's Russian connections. It "sounds an awful lot like a coup and it could well be treason," Cheney said of the investigation that was successfully stonewalled by the White House.

Maybe Cheney is trying to position herself to take advantage of fractures in the Republican Party. Maybe she has higher office in mind. Or maybe she's just another psychically numb traditional Republican.

"There has never been a greater betrayal by a President of the United States of his office and his oath to the Constitution," Cheney claims -- not lying the country into war, not war crimes, not a torture regime, not crimes against humanity, not assignation by drone, not even mass surveillance of Americans. Her father was a perpetrator in all of this.

Vermonter living in Woodstock: elected to five terms (served 20 years) as side judge (sitting in Superior, Family, and Small Claims Courts); public radio producer, "The Panther Program" -- nationally distributed, three albums (at CD Baby), some (more...)
Related Topic(s): Cheney Dick; Cheney-Liz; Impeach; Irony; Republican; Trump; World Issues, Add Tags
Add to My Group(s)
Go To Commenting
The views expressed herein are the sole responsibility of the author and do not necessarily reflect those of this website or its editors.