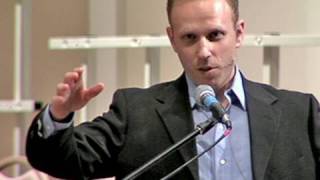 Blumenthal's articles have appeared in The New York Times, The Los Angeles Times, The Daily Beast, and The Nation Magazine. He also co-hosts the podcast Moderate Rebels.

Dennis Bernstein: I understand you were in the Gaza Strip recently. You were there just before the latest slaughter along the border fence [on March 30]?

Max Blumenthal: I was there just weeks before the Great March of Return, when Israeli snipers began shooting regular people in Gaza who marched to the border wall to protest their open-air imprisonment. Preparations were just starting for that march.

I got the chance to interview the wife of a man who had been refused an exit permit to get treatment for cancer. He was forced to basically sit on his deathbed when he had a condition that could have been treated in the West Bank. He was one of scores of people documented by the Al Mezan Center for Human Rights in the Gaza Strip who were refused exit permits and were forced to die.

Some are wondering why people would rush the border and risk their own lives by walking into the teeth of Israeli snipers. You have to understand that every family in Gaza has a story like this.

DB: You tweeted a very disturbing video of Israeli soldiers shooting from behind this electric fence. One of the shots shows them shooting and laughing.

MB: The video was released by Breaking the Silence, a group of former and current Israeli soldiers who have confessed to crimes they have committed in the field. They obtained this video, which was taken through a sniper's scope, showing a sniper shooting an unarmed man and then laughing and cheering about how much they enjoyed doing that.

It really speaks to the perspective of average Israelis regarding people in the Gaza Strip. They just don't see them as human, especially younger Israelis who haven't interacted with Palestinians since the Gaza Strip was sealed off in 2006. Israelis interact with them simply as snipers or drone operators and only a small minority of the Jewish Israeli public sees them as human.

There were some protests in Tel Aviv against the massacres that just occurred and one of the leaders of that protest, Tamar Sandberg, who is from a left-wing nationalist party called Meretz, was brutally demonized in mainstream Israeli media. A lot of Israelis who do have questions about what is happening tend to self-censor because the consequences are so high.

DB: What is happening there between the protesters and the sharpshooters demonstrates what current Israeli policy is. How would you characterize the policy now? Is the situation worse than it was five years ago?

MB: The situation has been the same from 1948 to today. We can refer to it as "demographic engineering." Imagine if the United States officially declared itself a white Christian state. And there were perhaps millions of people in the United States who were not white and Christian. They would have to be warehoused and their population would have to be limited somehow so that they would not compromise the ethnic integrity of the white Christian state.

That is Israel, the Jewish state, where most people in historic Palestine were not Jewish and were forced out of Israel in 1948, 750,000 of them. Thirty to 40 percent were forced into the Gaza Strip. Seventy to 80 percent of the people in the Gaza Strip are refugees or descended from refugees. They cannot return to Israel, simply because they are not Jewish. Israel won't be a Jewish state if they return there and have families. So Israel must contain them by any means.

Related Topic(s): AIPAC; Apartheid; Food; Israel; Palestinian; Pro-israel; Refugees; Shooting, Add Tags
Add to My Group(s)
Go To Commenting
The views expressed herein are the sole responsibility of the author and do not necessarily reflect those of this website or its editors.